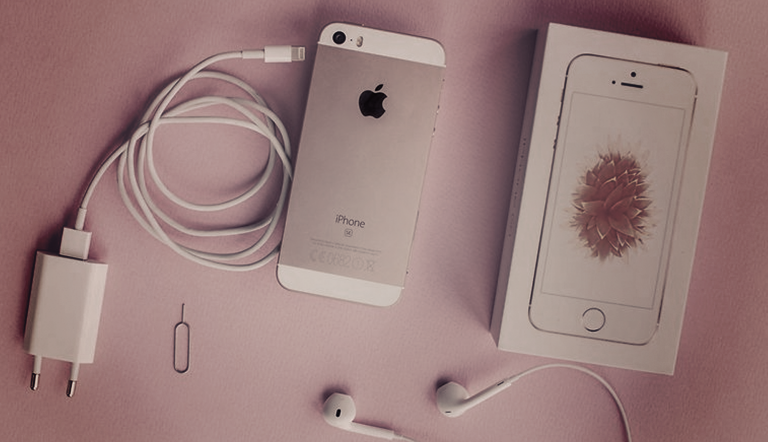 Keep Your Phablet, I Want an iPhone SE

Is the iPhone SE the answer to the new wave of large apple smartphones? We would like to think it is!

Every time my phone comes out of my purse or pocket, it's met with titters. My friends want to hold it, to marvel at how tiny it is. I own an iPhone SE Smartphone. You know, the iPhone 5-sized device that Apple quietly released in March of last year, nearly six months after the iPhone 6s. Its release was a revelation. I had been complaining about the iPhone 6's slippery giganticness to anyone who would listen for the better part of a year. I thought I would see the iPhone SE with women everywhere — not because of the lower price point, but because here, finally, was a phone that was smaller than its predecessor, rather than larger.

The new iPhone 8 is roughly the size of the 7 before it, but the iPhone 8 Plus and iPhone X (5.8 inches diagonally) are larger again. The universe continues to expand, and smartphones continue to trend toward phablets. (Is it a phone? Is it a tablet?)

When will it end?

The iPhone SE vs. iPhone 6 Plus

According to NASA’s Human Integration Design Handbook, the average width of a female hand is 74 mm (2.91 inches). The average width of a male hand is 84 mm (3.30 inches). The difference in width between the iPhone SE and the iPhone 6 Plus is 0.75 inches, but in that three quarters of an inch lies the ability to reach all four corners with the average thumb. The difference in weight seems petty to mention (SE is 3.99 oz to iPhone 6’s 6.07 oz) until you think about the sleeping bag section at REI and what people will pay for their gear to lose a few ounces.

A myth persists about left-handed life expectancy being shorter because of accidents caused by tools designed for differently abled bodies. There is a plausible argument to be made that design biases at least make things more difficult for small-handed users. I am an “average sized” woman. I use my phone near-constantly, like everyone, but the average smartphone has gotten large enough that I have had to change the way I use it.

Prior to getting an SE, my phone required two hands for calls (any phone number that includes a 1, 4, or 7) or texts ( messages that need the keyboard’s left half). Does that lack of a free hand place you at risk? Maybe, if you’ve seen the number of videos of people walking into fountains and manholes while texting. If death and disfigurement are the spectral endpoint of bad design, somewhere in the middle resides the cost of multiple shattered screen repairs, along with ever fancier and bulkier cases.

The men in my life are fine, even pleased with these gargantuan screens. They can palm the iPhone 6 Plus easily, putting it into their massive pants pockets instead of struggling to close an evening clutch around it. I was sure women would be outraged and demand the same software and services for ourselves in a reasonable size. Just as Ginger Rogers did everything Fred Astaire did backwards and in heels, women use their phone for everything men do, but with both hands and after they’ve found it in their tote.

Is it possible that Apple and other companies are not considering the usability of these perfectly engineered devices for a female customer? Quite plausibly! Tim Cook has acknowledged that females make up only 23% of technical staff at Apple.

In the phone world, the margins for improvement are measured in millimeters. I thought about a 2014 article David Owen wrote in The New Yorker about the evolution of first and business class in air travel. For the piece, he spoke to James Park, the starchitect responsible for Singapore Air’s and Cathay’s industry-renowned interiors. Park and his team had overhauled the Venice Simplon-Orient-Express, a luxury, heritage train service. “There was a lot of marquetry and very high-quality finishes in the interiors,” he said of his work in such a precision-driven realm.

There was the challenge of fitting things together in a way that would allow the wooden panels to move without splitting or cracking. “That’s a tricky problem, because a train car is moving all the time, and it isn’t a completely rigid object,” Park said. “It also contracts and expands — say, as it goes up into the mountains and then comes down to Venice in the summer.”

Imagine pondering this kind of spatial and mechanical wizardry, but instead of a Murphy bed it’s a microchip. Designers are tasked with finding a Goldilocks zone of functionality and design that inspires product lust across a client base so broad (i.e., the entire realm of smartphone users) as to be basically indistinguishable from “all people.”

Though perhaps a strange comparison, the evolution of stair design provides a similar study in user experience. The formula for the ratio between a stair's tread (width) and rise (steepness) is still being studied, continuing to be tweaked even thousands of years after their debut. A successfully executed trip up and/or down a stairway is a piece of daily life so banal it becomes subconscious. The stairs function so perfectly that it’s easy to forget that a centimeter of difference in any direction nearly guarantees tripping, falling, injury, potentially death.

The Myth of the Perfect Smartphone for Everyone

My phone is a GPS, wristwatch, compact mirror, boarding pass, alarm clock, and a dozen other things that used to be separate items with a range of designs addressing various sizes and tastes. The quest for perfection, for a unanimously adored shape and size for a phone (that is basically an appendage) is a mythic pursuit. I thought Apple’s magnum opus was the 5s, though the sales figures put the 6s and its plus version as its most-purchased model. If a 4-inch model was on offer with all the hardware and bells and whistles of the 7 Plus, I would absolutely pay the 7 Plus price.

Alas, I'm forced to use a second-tier device aimed at value-buyers (no, I don't have $999 for an iPhone X) because it's the only one that fits in my girl-sized hands.

Kendall Waldman is a documentary photographer who believes you can never have enough disk space or external battery packs.

Published by Ivy Herrera on July 7, 2022.
Previous post The Startup App Economy ← September 7, 2017 Next post → Throwback to When Airbnb Was AirBed&Breakfast September 13, 2017