Mobile Advertising: Are You Buying It?

In a recent Venture Beat article, Samir Soriano argues that mobile ads have a while to go before they are effective.  He states that “Mobile… 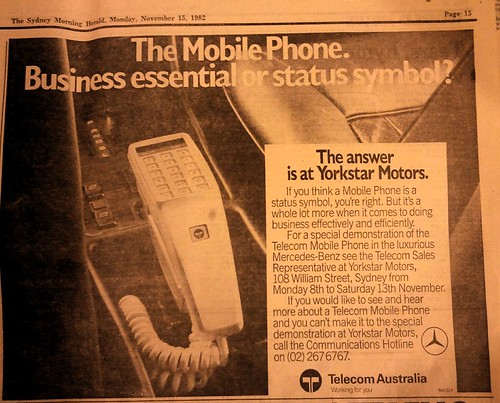 In a recent Venture Beat article, Samir Soriano argues that mobile ads have a while to go before they are effective.  He states that “Mobile ads are annoying, ugly and often irrelevant to the end user.”  However, this presupposes that relevancy and effectiveness can be standardized.  If we measure effectiveness in terms of the amount of time that an individual is exposed to a certain ad, then mobile advertisements have the potential to be incredibly effective, seeing as individuals spend, on average, two and half hours per day on their mobile phones.  As research from the Mojiva Mobile Audience Guide shows, over 84% of users deemed ‘normal banner ads,' ‘video ads,' ‘ads that let me interact with them,' or ‘animated banner ads' as the forms of marketing they would likely pay attention to. Furthermore, given that 63% of respondents stated that they would be most likely to play a game after being presented with an advertisement, it would be wise for advertisers to incorporate more gaming elements into their advertisements. The viral success of Rovio’s Angry Birds is a perfect example of the power that mobile games can hold for advertisers.  Rovio CEO, Mikael Hed, was quoted in a recent Bloomberg News article, stating, “When a person is playing the game they are much more involved with the content.  When you display an ad it’s much more likely to be taken notice of than something on TV which is a passive experience. Plus you’re much closer to the point of purchase.”  Advertisers will succeed, it seems, as long as they can manage to capture a consumer’s attention span.  However, other companies have sought to stimulate the imaginations of consumers in order to drum up business.  For example, in 2008 Nike launched PhotoID, a mobile campaign that enabled consumers to take pictures that were analyzed for color.  In return, users would receive photos of digitally customized trainers featuring the dominant colors in the photographs.

However, there’s a tipping point to interaction, even if it’s disguised as entertainment.  As anyone who has ever shopped in a boutique can tell you, there comes a point when you are driven to tell an overzealous sales person that you’re just browsing.  Targeted advertisements are a double-edged sword.  While capitalizing on the human need to be of service or gain praise can increase profits, too much unwarranted assistance or interaction can be unsettling.  In a recent article in The Guardian about the erosion of consumer privacy with the advent of mobile phones, Glyn Read, former marketing director of SAS Institute, a behavioral analysis company, stated, "The value of understanding people's personal information is enormous - this will allow a form of subliminal advertising to develop."

Where Is My Mind?

The difficulty with mobile ads is that they need to strike a very fine balance between precise targeting and intrusiveness.  However, one could argue that intrusiveness is the whole point of advertising. If you define ad effectiveness in terms of increased revenue, it doesn’t matter if an individual has a positive or negative reaction to an advertisement as long as they’re exposed to it.  While consumers may consciously feel annoyed by an ad, the truth is that good advertising works mostly on a subconscious level, utilizing certain colors to subtly create associations with comfort and familiarity, or certain shapes to evoke qualities of friendliness and openness, for example.  Just because a student doesn’t enjoy going to school doesn’t mean that they won’t learn a thing or two (though they probably won’t remember much of it).   Since our brains have evolved to block out unnecessary stimuli, it’s true than on a surface level, we will consciously ignore most ads.  However, a consumer’s subjective perception of their behavior differs significantly from their objective behavior.  Ultimately, self-assessment isn’t a very accurate measure, as 95% of all cognition occurs in the subconscious mind.  Just because people may find ads annoying doesn’t mean they aren’t influential.

If relinquishing some control over one’s privacy is the price one has to pay in order to be part of an increasingly tech-centric society, it seems that most feel it’s a price worth paying. While users are technically given the option to refuse the marketing driven terms of service when downloading Google software, for example, the convenience that these products offer make them hard to resist.   Furthermore, as employers increasingly require their employees to utilize certain programs or carry certain phones to optimize worker productivity, many individuals realistically don’t have a choice.  The debate over privacy makes one wonder what drives us to be so protective of it in the first place.  Is the drive for privacy rooted in shame?  Could it be that surveillance can actually be helpful, urging us to become more mindful of our habits and actions?  As Harvard Business School professor Gerald Zatlzman stated in a recent interview, “All knowledge can be used in constructive, socially responsible ways just as it can be used harmfully. The more knowledge we acquire, the more we are faced with this dilemma.”  No wonder “Don’t be evil” is Google’s informal corporate motto.

In that same interview, Zaltzman goes on to state, “No matter how radical a new product is, it will always be perceived initially in terms of some frame of reference.”  The same could be said of mobile advertising.  While mobile advertising has the potential to revolutionize the way subconscious desires are generated, to fully harness its potential, advertisers will have to break away from perceiving it through the lens of traditional display advertising.  As with anything, however, generalizations should be avoided, as there is no singular magic bullet that will target all consumers.  Some consumers are more responsive to sound, while others are swayed by visuals.  The unique strength of mobile phones is their ability to engage multiple senses simultaneously.  It goes without saying that mobile phones already activate our tactile, visual and aural capacities.  It may come as no surprise that the least targeted sense in traditional advertising is smell.  Does the key to successful mobile advertising lie in accessing and re-imagining how we use our senses?