Don’t deny it, you love a good bit of gossip. Maybe you get excited about Brittany’s newest alleged boy toy or Angelina’s latest infant acquisition.… 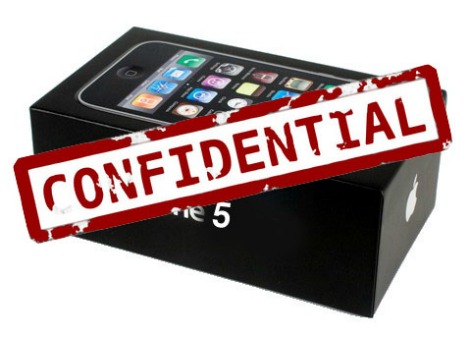 Don’t deny it, you love a good bit of gossip. Maybe you get excited about Brittany’s newest alleged boy toy or Angelina’s latest infant acquisition.  Perhaps you like speculating about which MLB player is going to get scooped up by a rival team next season, or what disease is going to have a cure by next month. Whether it’s celebrities, sports, or scientific advancements, none of us is immune to the human compulsion towards knowledge that is privileged.

Here at Fueled, we have a vested interest in the latest mobile technologies, which is why we spend time tracking the latest tech trends. Lately, the Apple rumor mill has been particularly rife with reports due to the impending release of the next generation iPhone. If you’re reading this, chances are you probably want to know what’s up as well. If so, you’re in luck. You won’t have to spend hours trolling the Internet for the latest geek-gossip--Fueled has done that for you. We’ve collected the most up-to-date information from around the web to satisfy your burning desire for the inside scoop on Apple’s new iPhone.

September or October for the next generation iPhone?

Cool your jets iPhone fans, because the newest version, which was originally expected in July, then widely suspected to debut in September, is now rumored for release in October. Those who set their sites on September were led on by reports of AT&T banning employee vacations in late August. According to the Wall Street Journal’s AllthingsD, these assumptions were wrong. “Sources with knowledge of the situation” have reported that the next generation iPhone will debut in October instead, leaving Apple junkies to fiend for another whole month.

Many assumed that the next-gen iPhone would be logically titled iPhone 5 to accompany the new operating system, iOS5, which Apple unveiled in early June. There has also been talk of its being dubbed the 4S, based on the expectation that the new iPhone will be a sped-up version of the iPhone 4 (much like the 3GS was an accelerated version of the iPhone 3G). However, according to a Fortune report, Deutsche Bank’s Chris Whitmore sent a note around advising clients to expect both. Whitmore predicts a higher-end offering which will probably be called the iPhone 5, as well as a lower-end model (the 4S) within the $300-500 price range that will allow a prepaid option to appeal to buyers in emerging markets where iPhone penetration is still low.

Apple spies are just dying to get a peak of the new iPhone design. People made a big deal about the fact that Apple abandoned the supple curves of the 3G model in favor of sharp edges and a boxier look for the iPhone 4. Rumors about the next  iPhone’s appearance are based on glimpses of the supposed phone cases. 9to5mac got a hold of some photos that show both a silicone and plastic case, presumably for the yet-to-be-released iPhone. These shells reveal some significant design differences:

According to most tech forecasters, the new iPhone will carry the A5 dual core processor chip that debuted in the iPad 2 in March, amping up the phone’s gaming capability and speed. Rumor mongers have also claimed that the new iPhone will sport an 8 megapixel camera, putting the iPhone 4’s 5 megapixels to shame. The International Business Times confirms this rumor, reporting that the imaging technology company, Omnivision, received an order from Apple to provide 90% its 8 megapixel camera sensors. Ars Technica writers believe that the new iPhone will have dual GSM/CDMA capabilties. This mean that an iPhone user would be able to switch from a GSM carrier like AT&T to a CDMA carrier like Verizon without having to purchase a new phone. This single, universal model would be compatible with carriers all over the world.

But will the world be able to contain itself while Apple builds up the suspense for its new lucrative product? I don’t know...already a knock off of the next generation iPhone has appeared in China and cases suspected to fit the real thing are being hungrily hoarded and analyzed. Yesterday, the blogosphere was abuzz with reports that Apple had shipped out its new phone to carriers for testing, locked in boxes to protect the confidentiality of the design and further protected by phoney (pun intended) cases. The confidentiality surrounding Apple’s products only fuels efforts to infiltrate the fortress of secrecy that has been constructed around products as simple as an updated phone. The profusion of rumors surrounding the iPhone 5 (4S? both?) is a testament to the need-to-know--and need-to-know-now--nature of our society.

Published by Andrew O'Hara on September 19, 2022.
Previous post Reinvent NYC.gov Hackathon at General Assembly draws 75 designers/developers ← August 3, 2011 Next post → Not For Tourists: Must Have Apps For NYC Locals August 4, 2011