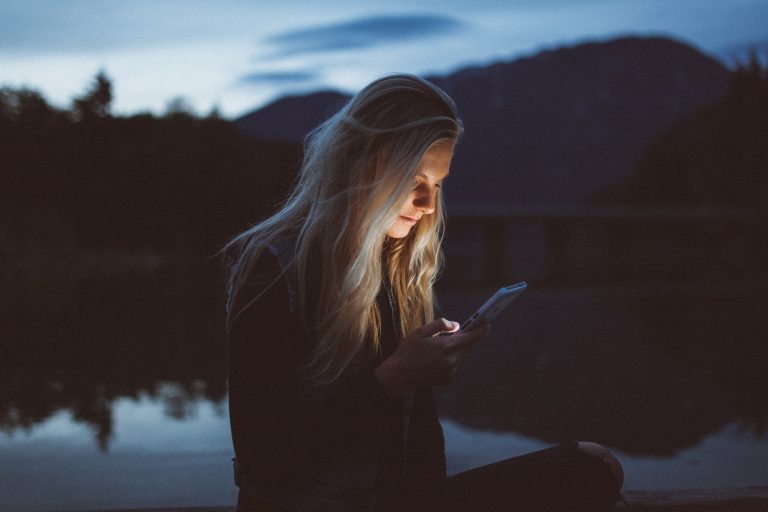 Diving into the novelty of instant messaging, its extraordinary beginnings, up-and-coming future and emotional contagion.

Welcome to the world of instant messaging, where emojis are worth a thousand words, memes are pick-me ups and selfies boost our egos. A handful of messaging notifications can feel like a comforting shoulder to lean on. We use our phones to navigate, to look up a recipe and most of all - to feel interconnected. Our sense of dependency to smartphones acts as a security blanket. Instant messaging is the most prominent method of communication and by its extensive use we find ourselves buried deep in a plugged-in world. Let’s dive into the novelty of instant messaging, its extraordinary beginnings, and up-and-coming future.

From cave paintings to homing pigeons, to mail, email, and now instant messaging, mass communication has certainly come a long way. In the mid-1960s, Compatible Time-Sharing Systems (CTSS) allowed users to log in to a network and send messages back and forth -- today we call it email. This profound breakthrough laid the first stone for today’s communication technology and around 205 billion emails are still sent out everyday. Email also paved the way for texting or SMS (Short Message Service) in 1992, which has broadened our instant communication spectrum. Instant-messaging platforms available on the market today, can be traced back to when Mirabilis released its text-based messenger, ICQ in 1996. Two years later, AOL (America Online) dominated the online chat world and took the throne as the IM leader when it acquired both Mirabilis and ICQ. Shortly after, AOL released AIM, a platform with over 53 million users. The first instant message was sent by Ted Leonsis, AOL’s Vice Chairman, to his wife on January 6 in 1993. It read: “Don’t be scared...it is me. Love you and miss you.”

Prepare your eulogies because it’s time to say goodbye to our embarrassing screen names. AOL announced on October 6, 2017 that it is pulling the plug on the beloved messaging platform. AIM had come up with many features ahead of its competitors that we use in our messaging apps today. It had profiles before Facebook, voice chat before Skype and bots before WeChat. However, over the years, a number of online chat services such as Google Talk, Yahoo! Messenger and MSN interfered with AIM’s target audience. Instant messaging without the bells and whistles of new technology feels archaic. As a result, AIM fell behind in the digital race especially as social networks and the shift to mobile devices became increasingly popular. As a desktop-centric platform, it missed out on its opportunity to transition to mobile which ultimately gave way for social apps like Facebook Chat and Whatsapp to get ahead of the curve.

You use your smartphone more than you think. On an average day, people check their smartphones 150 times, spending over 4 hours on their devices in total. Since 2016, there has been an astounding growth of 394% in the amount of time spent on messaging and social apps. Not too long ago, we used to sign into chat rooms and talk with whoever was available but today we are almost always online and able to reach one another within seconds. The idea of placing a status as “away,” “busy” or god forbid “offline” is now considered laughably obsolete. Neurologist, William Tatum explains that every “ping” from a new text can increase dopamine levels - the reason why it’s so hard to resist looking at messages as they come in. Connecting instantaneously has become part of our nature and we are at a point where we chat more in the virtual world rather than in person.

Today’s instant messaging apps enable us to shop, order an Uber, split a bill and even connect with others overseas through VR capabilities. Customers value prompt responses and since instant messaging is an essential part of everyday communication, it has changed the way we interact with businesses. In order to keep up with technological advancements in a very saturated market, businesses must leverage a more prominent role for instant messaging in their communications. As of now, consumers are dissatisfied with the current customer support options available to them and 52% are demanding instantaneous real-time texting with businesses. Teckst, a two-way text messaging service helps bridge communication gaps between consumers and brands. The company advises that “brands that utilize texting...see a 15% to 30% increase in acquisition.” Similarly, leading fashion retailer, Nordstrom, modernizes the customer shopping experience by using TextStyle to allow customers to securely shop and buy through text. Octane AI chatbots also build conversational experiences by helping Facebook business pages respond to 95% of messages that go unanswered.

Companies also transformed workplace communication by utilizing IM platforms such as Slack to centralize all internal communications. Slack has also reshaped workplace relationships by eradicating the burden of writing an email and igniting collaboration between colleagues. The group chat feature reduces email traffic, better connects remote teams and increases productivity among team members. Slack’s lead UX researcher, Christina Janzer, says “It makes the workplace much more personal, which is maybe why people have such an emotional tie to it.”

Surrendering to digital therapy feels like an instant rejuvenation. We resist facing our realities and instead kill our phone battery through the creation of virtual escapes. Our online persona is a sliver of who we are and social media creates new opportunities for interaction. We choose to unite our interests and ideas by sending DMs on Twitter, engaging in a “Snapstreak” on Snapchat or updating our status on Facebook. Our sense of urgency and constant need to share encourages us to broadcast the bits and pieces of our lives for a couple of seconds, in 24-hour story mode, or even live. With the ability to personalize our thoughts by adding hashtags, location tags, Bitmojis, and drawings, there is always an outlet for our emotions.

Instant messaging fosters an emotional environment for our expressions. I, for one, almost always add flare to my online conversations with emojis and stickers. They help me graphically communicate what I often struggle to put into words. While they are quite ambiguous, they do improve our ability to communicate and researchers have found that when used with a written message, they accentuate the emotional intensity of the overall message. I am not alone, 74% of smartphone users in the U.S. send an average of 96 stickers or emojis per day. Lack of empathy was once a major drawback of online communication until emoticons and emojis were introduced. Even though emojis speak volumes, we still crave more personalization in the digital chat world. Current advancements in emojis such as Facebook’s “reactions”, iPhone X’s animojis and Snaptchat’s Bitmojis are advancing the phenomenon of expression, and their future is nothing but promising.

With the diverse array of IM apps out there, we spare ourselves the time and energy of socializing in person and “sofalise” instead. “Sofalising” means that we prefer connecting with our friends and family from the comfort of our own sofa instead of in person. According to Yazino, 26% of adults would rather text their friends than see them in person and 3% are extreme sofalisers who spend 25 hours a week or more talking to friends and family online. TED Speaker, Stefana Broadbent also shared her experience studying human communication over the past 20 years and states that the results were disappointing. She discussed her findings on instant messaging which reveals that people who have 100 friends on their contact list, actually talk to 5 people or less total. She also spoke to Cameron Marlow, a sociologist from Facebook, who mentioned that on average a user will often have 120 friends but only talks to about 4 to 6 people. Instant messaging is an integral tool to connect with one another in our increasingly global world but as technology evolves, it is important to strike a balance.

The advent of instant messaging has brought people across borders and cultures closer. Its influence continues to grow every day and eMarketer forecasts that in 2019, 65% of the global population will be using messaging apps. It acts as a central hub for our emotions and an escape from isolation. It keeps us going. Messaging is an unavoidable part of our daily lives to the point where we “sofalise,” sometimes seeing our friends’ online avatar more than their own faces. With technology’s inevitable growth, we will continue to become progressively dependent on messaging apps. Since they are the frontrunners in how we communicate, the future of instant messaging will, without a doubt, be something to look forward to.

Published by Andrew O'Hara on September 19, 2022.
Previous post Innovative Uses of Tech Designers Never Anticipated ← October 24, 2017 Next post → How To Fix iVirus: If you type the letter “i” and it autocorrects to an “A” with a symbol November 2, 2017