A large portion of tech startups seek to improve an existing product or service by cutting out unnecessary procedures and saving time. Surely, with new… 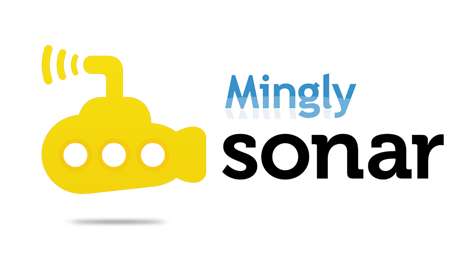 A large portion of tech startups seek to improve an existing product or service by cutting out unnecessary procedures and saving time. Surely, with new networking sites popping up all the time, keeping track of updates and other notifications can become an overwhelming duty. It used to be only Facebook that people cared about. We just logged onto the site after getting an e-mail notification signifying activity on our profile. It was, and still is, great. Nobody of sound mind really tries to compete directly with Facebook anymore, though there are several sites that compete indirectly, simply by taking up users’ time and website traffic. For a time, Facebook stood alone as the website most resembling an addictive drug. Now there are many, which means more to steal our attention and more work to do to stay on top of it all.

Some companies have skated around the issue of trying to make sense of the vast jungle that is online networking. Some have seen success. Most haven’t. Quite possibly, the best network aggregation apps are web app Mingly and iPhone app Sonar. Tyler Koblasa, founder and CEO of Mingly, saw an opportunity in teaming up the most popular networking sites with one of the most visited websites on the Internet: Google. Mingly allows users to get all notifications from Facebook, Twitter, and LinkedIn sent straight to their Gmail account, and to respond without having to leave Google. What also sets this app apart is the fact that it syncs into a searchable merged address book all the contacts you have from those other sites, along with your preexisting Gmail contacts, of course. Mingly keeps you in touch with friends and business associates, virtually in real-time, so you don’t let relationships fall through the cracks.  For example, key updates like birthdays and job changes are funneled into one, easy-to-follow news feed. Koblasa calls his app “PRM”, an acronym for Personal Relationship Management.
Sonar, discussed previously in Fueled, takes a different approach. It seeks to “bring your social network to life,” tapping Foursquare, Facebook, and Twitter to tell users who at their location shares mutual social connections. At heart, it’s really a geo-social app for those who want to optimize their ability to uncover hidden relationships shared with people close by. Users can connect with anyone, ranging from friends, to business contacts, and even like-minded strangers. That it manages to do all these things using only three third party services is baffling, something we’ll soon take for granted. As if Foursquare wasn’t forward enough (broadcasting one’s current location to the masses), Sonar steps into uncharted territory. It tries to connect complete strangers based on location and an analysis of their mutual contacts. In turn, then, this connects them indirectly based on personalities and interests. To many, this is deemed an invasion of privacy even though Sonar assures there are privacy settings to mitigate the possibility of wrongdoings.
One could very easily and sensibly use both Mingly and Sonar, partly because one is a web app and the other is for the iPhone.  More defining, though, is that Mingly simplifies the notification and response procedure, while Sonar seeks to capture all connection possibilities.  Also, Sonar is tailor-made for urban use, based on density, and just about anyone, anywhere can use Mingly. Both enhance social life, which people are constantly trying to do. So what is the next app to tackle this opportune field?  Will it be better versions of these two, or something completely new?  Either situation is feasible.  For now, let’s enjoy what we have.