It’s never easy to know where exactly to go in a big city. In a place like New York, a new bar or restaurant turns…

It’s never easy to know where exactly to go in a big city. In a place like New York, a new bar or restaurant turns up almost every day, and there is only so many hours in the day to try them all out. UrbanDaddy is there to help. UrbanDaddy is a daily e-mail that recommends to its readers different places to visit in a variety of cities. They also have a successful smartphone app (Full disclosure: it was developed by Fueled) that works as a database for different places to find on the go. As the company continues to thrive, UrbanDaddy looks to expand and continue to grow their brand as the place to go for the best recommendations. I recently spoke with its CEO, Lance Broumand, to find out more.

Fueled: How would you explain what you offer to someone that had never heard of Urbandaddy?

Lance Broumand: I’d say that UrbanDaddy is a filter for your city to bring the best opportunities and experiences. We pride ourselves on being a curator for people in each city. Curation and infiltration are center to Urbandaddy.

How has the iPhone app changed your company?

Our mission statement is to be a great curator and a great filter. People are always looking for exceptional experiences. The iPhone app is a natural extension of that. We’ve been looking to make the decision-making process a science for what foods to eat and where to go get drinks. The world of data is exploding right now. Our job is to sift through data. We’re working on getting smarter about where to go. We still have a pretty far way to go,  but we’re right on the cutting edge of it. Mobile apps have dramatically opened doors for us and what we want to do.

What did the app accomplish that the daily email could not? 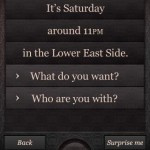 It’s a matter of two different platforms with two different purposes. The email is a friend; a good friend who emails you about something that’s cool or relevant. “This is opening this weekend.” You need to know this for having a conversation with your friends. It’s in the moment, to be notified. The iPhone is a resource more than a daily friend. Most city guides are static and they’re extensions of plotting things on a map and leaving it at that. There are more dimensions there. Trying to track a trajectory of a place after it launches, and how it does in the cycle of nightlife scenes is important [which the app accomplishes].

Which of your editions have gotten the strongest response outside of NY?

Washington DC is our second largest and most looked at market. The response from Los Angeles has been really strong too. The real stunner is definitely just watching how intensely people in DC are using the app though. It’s attributable to a couple of things. For what we do, Washington DC has come online. It’s nice to see that. Boston, Washington DC, and Atlanta have been the bigger surprises. San Francisco, LA, and New York have been consistently strong, too.

On the site and app, what topics have gotten the most searches from people?

It’s interesting that the mistress category continues to outperform other categories! People, maybe, are checking what that would be, almost like a fantasy. The highest amount of usage comes in the romance categories. With a date, tags that are about taking somebody out with an element of dating or hooking up are what people love. The traditional things that people love like sushi, burgers are classic to people. We get a lot of searches for those. It’s interesting to see what the stories are that get put together with tags.

I really like the hip, semi-sarcastic style in which the pieces on your site are written. What advantages do you think that gives you? 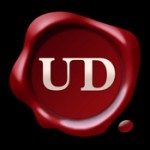 I think it’s everything. When we started, we were talking about ‘voice’ a lot. We wanted people to understand Urbandaddy’s voice compared to others. You can hear the same thing from two people, and from one you’re not interested, and the other you are. Nailing the voice was about nailing trust, and the idea of trust. It was about showing that the person writing is an intelligent person, with a good take on the city and a good sense of humor. It’s got to be someone you want to read when you open up your inbox. People ignore some emails and read others. Creating a voice to connect with every day in an email was what it was all about. We’re most proud of our open and engagement rates; they’re off the charts when compared to the benchmarks.

Would you consider charging for the daily email or app in the future?

I’m open to the idea, but there needs to be serious value. In a market when everyone has their recommendations, I’m hard pressed to do it. I’m a big believer in creating value and then charging for it. The app for us was our first foray into the mobile segment. We’re working on other stuff right now. But charging for the daily email could have huge value, and it’s something we might consider.

How do you see the company growing in the future?

Geographically we’re doing a lot. We’re entering new cities. We’re reviewing a ton of new products. It’s all about our idea of making the city you live in a science. That’s our mandate. We’re sort of growing across the spectrum, with e-commerce, and how perks [A new feature that sells discounts to different places, similar to Groupon] apply to mobile. We’re working on extensions to cool new cities, domestically and internationally. We’re a business about an audience in a locality more than any one product that we mention.

What advice would you give to a start-up website or app trying to make a name for itself?

Own your content. Own it to the exclusion of other people, no matter what they think. Make a name for yourself by being unique, and specifically in the media you need to have a unique, defensible approach to content. It could be a voice or it could be data, but there’s got to be something there. That’s the key.

What are your three favorite recommendations you’ve ever made on UrbanDaddy?

Wow,  you threw me a curveball. Let’s see. There are these guys on west coast who have developed an amazing flower business, where they send dead flowers to your enemies. They do it with class and style, so there’s something kind of awesome about that. Another one: There was a party that used to take place in New York called the Chi-Chi party, where the people in charge would  wine and dine all of these women from 8 to 11 PM, giving them Nobu, massages, and other things. Then they’d open the door and there’d be a whole line of guys for these women who had just been pampered and massaged. Hmm, one more. How about: Shaquille O’neal did an art exhibit in New York. He put together this amazing exhibit where he featured different works of art that he curated, and that his friends had worked on. It’s nice to get a little culture in a fun, nice package. It’s accessible, and it’s Shaq doing art.

Wow. I think there’s a lot there under the surface with Shaq. Whenever he’s interviewed he always comes across as this really bright, accessible guy.

Are there any other topics for recommendations that you’d like Urbandaddy to touch upon in the future?

I think we touch on the lifestyle spectrum. With things like the Shaq exhibit and other services, one of the things that struck me was that I’m a huge consumer of male-oriented media. I wanted something that told me where I can do these things that I’m always looking to do. I want to bring the relevancy down to me. We’re focused on local things, and that’s our DNA. ‘Local’ gets categorized in food or nightlife, but it’s style, events, and entertainment too. Some of the plans with the iPhone app are adding shopping, entertainment, and other categories that we’re excited about.

If you had to pick one bar to go to in all of NYC for a night, which would it be?

Oof. One bar. (Pause) Not an easy question. (Very long pause). I’m just gonna go with a classic- Bemelmans bar, at the Carlyle (35 E. 76th St.). It’s not sexy, and it’s not trendy, but it’s the apex of getting a proper drink in New York City. If you want just a perfectly made drink, in a perfectly New York scene, it’s here. It has history, some trendiness, and a little bit of everything you could want.