140 million American Facebook users spent a total of 53.5 billion minutes on the site in May 2011. Those numbers are almost unfathomably large. What… 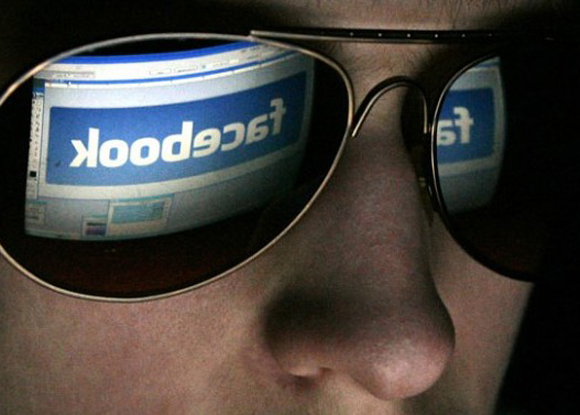 140 million American Facebook users spent a total of 53.5 billion minutes on the site in May 2011. Those numbers are almost unfathomably large. What do they even mean exactly? And what do they say about our society and the changing way we behave online?

Well, the math tells us that the average American user spent just over 12 minutes on Facebook every day in May. That does not sound like a lot until you consider a few other factors. First, many of those 140 million users rarely check their Facebook, so the active Facebook community spends much more than 12 minutes online daily. Second, Facebook is only one site. That May, Americans also logged 19 billion minutes on Yahoo, 12.5 billion minutes on Google, 11.5 on AOL, 9.5 on MSN, and the list goes on and on.
Certainly, it is not a surprise that Americans spend time online, but the sheer amount of time spent is quite interesting. Online time is slowly replacing television, board games, and perhaps even in-person social interactions as the activity of choice for many Americans.
What is even more interesting is how Americans’ time online is now divided. There is a drastic change going on as we speak and it’s all about social media. Americans are spending less time, percentage-wise, on web search, news, and video sites in favor of social media, according to a recent Nielsen study. Individual users now spend 22.5 percent of their online time perusing social media sites, which is a new record and by far the single largest bracket of online activity. In fact, the next largest segment is online gaming, which takes up 9.8 percent of users’ time, and then email at 7.6 percent. So, for all that companies and sociologists are fond of discussing our “email overload”, social media actually accounts for three times more online minutes than email!
Needless to say, that is a drastic change from even a couple years ago, when Google search, Yahoo! News, and email clients were the most familiar haunts and social media was still relatively unfamiliar to many Americans.
It also gives a rough but compelling picture of how tied the online world has become to our daily lives. If, by a rough estimate, Facebook accounts for half of the average users’ social media activity, then a user would be spending 25 minutes per day on social media and about 125 total minutes (more than two hours!) total online. Except that those statistics are only accurate if you forget to remove the half (or even more) of those 140 million users who don’t check social media or online sites every day.
So, in reality, the active social media community spends much more than two hours online every day. When you consider that most people work, study, see friends, and sleep, it is an astonishing percentage of an individual’s free time. So much, in fact, that it represents a major change in how Americans spend their time overall and where they spend their time online.

It’s also a trend that could have serious consequences down the road.
When you consider that Facebook chatting and multitasking can hurt grades or work performance, it’s a serious future concern.  In a study by Science Direct, students who used Facebook or texted intermittently while working saw a decline in their performance and a GPA drop. The reason: Facebook requires users to engage through activities like chat, messaging, and wall-posting and the brain cannot handle that kind of multitasking in conjunction with work.  Plus, since Facebook is taking up so much time for online individuals, it’s potential impact on student performance will only a growing issue moving forward.
Things are not likely to change anytime soon. Facebook, Twitter, and other social media sites are still growing steadily. Individual’s time spent on these networks is only increasing as their reach and capabilities become more pervasive.  Many people now use Facebook for chat and search on top of its traditional functions, which keeps them on the site for even longer periods at a time.  Plus, new players are entering every day and growing exponentially; for example Tumblr’s audience grew almost 300 percent in 2011.

If that trend continues, will Americans have time for anything else?

Published by Andrew O'Hara on December 1, 2021.
Previous post How to Create a Successful Mobile App: the Case Study of Repeat Timer Pro ← February 29, 2012 Next post → Coding for Dummies with Codecademy March 1, 2012