ibibo, founded in January, 2007, and based in Bengaluru, India, is well-known for its catchy and popular social networking games.They often play off of those… 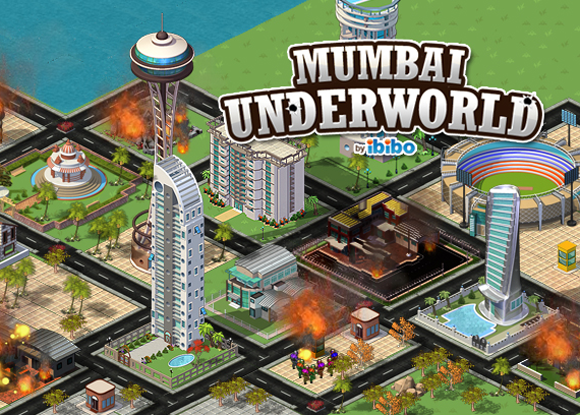 ibibo, founded in January, 2007, and based in Bengaluru, India, is well-known for its catchy and popular social networking games.They often play off of those dazzling Bollywood films or simply manage to create awesome Indian versions of some well-known games here in the West, like FarmVille and Mafia Wars. One their most popular games, though, is Mumbai Underworld, which allows you to build your own illegal empire - a most tantalizing prospect for those of us that revel in mischievous deeds (within controlled parameters, that is).

With more power, though, ibibo is now sporting a mobile browser that enables its users to get connected and network through various forms of social gaming and contesting genres. Since the launch of its iBrowser in December of 2011, it has purportedly garnered 6 million downloads, with over 50-percent of that number being active monthly users. The ibibo iBrowser is up there with Facebook and Zedge, the top two mobile sites followed by Getjar and Google. The iBrowser has become quite pervasive in India due to its availability on Android, Symbian, and Java based phones, which together cover 90-percent of all mobile handsets in India. The iBrowser is also preloaded onto most mobile handsets prevalent in India, such as LG, Spice, and Lemon.

To stumble upon such a popular mobile platform in the East is refreshing for a few key reasons. For one, the social gaming realm has been dominated primarily by a few developing agencies and websites in the West; only a few years back hardly anyone in India actually knew about social gaming platforms or the ways in which they could actually be fused with other social networking conveniences to produce a well-rounded, multifaceted, one-stop virtual location for keeping connected. ibibo represents one of the most successful examples of more and more Indian social gaming sites which have been springing up in recent times.

As a second point, ibibo’s steadily rising popularity has lent itself to a subsequent, almost natural instinct to compete with some well-known Western social gaming companies, such as Zynga. Ibibo’s CEO, Ashish Kashyap, must be happy to know that Facebook has decided to allow users to access ibibo games from their website - an undoubtedly giant step in a promising direction, since this entails a means of access into foreign markets. It should be interesting to see how far ibibo will come in making a mark in the social gaming realm not only in India, but in the Western world as well.

Published by Michael Abraha on October 12, 2022.
Previous post Wendr: Evening Plans Made Easy and Accessible ← February 22, 2012 Next post → Breaking Down Proposals for a Consumer Bill of Rights February 24, 2012