How do you know your social media site is a really, really big deal? Probably when you get the President of the United States on board. On… 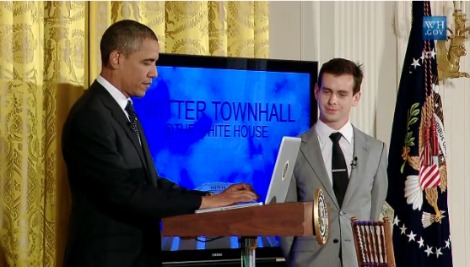 How do you know your social media site is a really, really big deal? Probably when you get the President of the United States on board. On Wednesday, Obama hosted the first ever Twitter Town Hall meeting. Participants were encouraged to submit their 140-character-or-less questions to #askobama. Those following @townhall re-tweeted their favorite questions and a team of Twitter experts used algorithms to curate the best queries. Twitter co-founder Jack Dorsey then read the questions to the President before a live White House audience of exactly--you guessed it-- 140 people.

During the live "tweetup" Obama made history by being the first President to personally submit a tweet. This, however, was not the President's maiden voyage into the realm of social media. In January, Obama lead a discussion via YouTube and in April he teamed up with Mark Zuckerberg to host a similar forum on Facebook.

According to Judd Legum, Vice President for New Media at the Center for American Progress, social media platforms like Twitter afford the President the opportunity  "to move around the media and not have to be filtered through the media."

White House Communications Director Dan Pfieffer added, “If you’re going to communicate with the broad public, it is no longer sufficient to simply do it through the traditional mainstream media. We’re always on the lookout for ways to have a productive interaction with the public in new and exciting ways.”

Popular reasoning for the Twitter Town Hall event also points to the vast pool of young tech-savvy constituents, many of whom championed the Obama cause during the 2008 campaign. Also within this demographic are a number of young unregistered and/or politically uncommitted voters, the type that P.Diddy tried to mobilize by printing  "Vote Or Die" on things.

Many are skeptical. David Graham of The Daily Beast called the forum "useless." He cited the complications of taking limited-format questions, eliciting long-form live responses, and then condensing them back into 140-character tweets for the web. Furthermore, the questions that made it to the "tweetup" were curated by algorithmic analysis and a team of Twitter experts, rendering the process less democratic than it may seem. The President was only asked 18 of the nearly 170,000 questions directed at #askobama.

On the upside, when is the last time a President answered 18 questions from the general public? If nothing else, the event generated mass interest in important issues ranging from jobs and the economy to foreign policy.

How will Social Media Change the Political Climate? 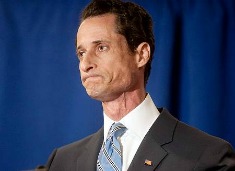 As  Mashable blogger Matt Silverman aptly states, "Politicians are brands." As such, social media provides a very powerful tool by which these leaders may market themselves to the public.  These are tools that may be used for good or evil and can, as we've recently seen, make or break their users. For example: Obama used  gained a whopping 30,000 new Twitter followers yesterday, with relatively little effort. Good. Of course then there's Anthony Weiner who took the "social" aspect of social media too literally, and ended up out of a job. Bad.

Politicians aren't the only ones who can take advantage of social media. It has become increasingly easier for individuals to band together en masse and promote their collective agendas. After all, it was social media that saved Coco. If we all learn to use these new media tools in responsible and effective ways, the Internet might actually have a shot at becoming a truly democratic platform.