Kickstarter, FundaGeek, and the Rise of Crowdsourcing

So, you have this great idea! It could make millions and change people’s lives...but where do you find the money to start?  That is the… 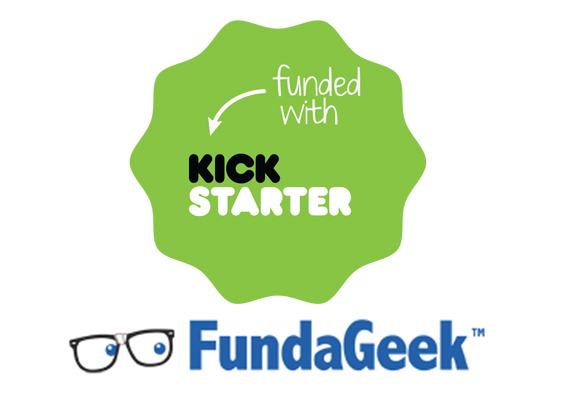 So, you have this great idea! It could make millions and change people’s lives...but where do you find the money to start?  That is the vexing question that every startup entrepreneur faces. Although, friends, family, colleagues, companies, and angel investors are all great places to look, there are two places you may not have heard of but should check out: Kickstarter and FundaGeek.

Kickstarter and FundaGeek are the banner sites for a new form of entrepreneurial funding: anonymous online crowdsourcing.  The method is simple: prospective entrepreneurs join, post information about their project, state their goals, and note the amount of money they need to raise. Then, they wait to see if site-users donate enough cash to get them started.

Donors do not get equity in the companies, which would be impossible given how small the donations can be (as little as a few dollars); instead they receive free gifts, promotions, and incentives from the sites’ network of partners. Both sites charge the entrepreneurs a fee (5-percent of total funds raised for Kickstarter and 5- to 9-percent for FundaGeek) but they are an innovative new way for people to get funding for their ideas without surrendering the majority of the equity value of their ventures.

Although Kickstarter and FundaGeek are both based off the same principle of crowdsourced fundraising, they have significant differences that make them specific fits for different entrepreneurs and projects. FundaGeek deals almost exclusively in technology ideas and focuses on seven to 90 day commercial technology projects.  For example, one currently listed project’s goal is the Borneo Soundscape Project, which aims to map out the sounds of the forest before it vanishes in the wake of rapid industrialization. FundaGeek is also international (unlike Kickstarter, which is limited to US citizens), which opens up their applicant pool considerably, but conducts thorough reviews of each prospective idea to make sure it is creative, widely appealing, and fits their typical project model.

By contrast, Kickstarter calls itself “the world’s largest funding source for creative projects,” and its operating style reflects that mantra. It does not narrow its focus to any particular type of project and conducts a more cursory review aimed solely at making sure the project does not violate the site’s rules. Projects range from New Year’s Weave, which aims to create a collection of unique, hand-made textiles, to Guns of Icarus, a new post-apocalypse video game.  As a result, FundaGeek is best for short duration technology ideas that have a very specific goal, whereas Kickstarter is best for more creative, less targeted, and longer-term projects.

Moving forward, both sites offer entrepreneurs a new way to get money for their ideas. Still, they should not be considered replacements for angel investors or corporate backing.  Right now, it is very difficult to raise enough money through crowdsourcing to pursue large-scale projects and entrepreneurs lose the connections and guidance that venture capitalists can provide.  Instead, they are a fit for unique, small-scale projects that nonetheless have widespread appeal. But, in the future, who knows what will happen and what role crowdsourced fundraising will play?

Published by Andrew O'Hara on April 6, 2022.
Previous post DoSomething.org Is Harnessing The Power of SMS For Social Change ← January 25, 2012 Next post → Fluidinfo and the Convenience of a Cloud Database January 26, 2012