The storm collided with Washington, DC, on the night of June 28. 1.3 million people residing in the area surrounding the nation’s capital lost power.…

The storm collided with Washington, DC, on the night of June 28. 1.3 million people residing in the area surrounding the nation’s capital lost power. Simultaneously, Amazon’s East Coast cloud, supporting immensely popular sites such as Twitter, Netflix, Pinterest, and Instagram, buckled from the power outage and then collapsed. Websites beloved by hundreds of millions suddenly went black. In an instant, Lady Gaga’s 26 million Twitter followers were left stranded in a cold and unforgiving world.

The websites using Amazon’s public cloud service were left helpless. Separated from the physical servers that supported their sites, they could only wait and hope that Amazon would remedy the problem in a timely manner. The technical backbones of each site, computing tools, databases, and more, were hosted on the cloud.

The episode frustrated both customers and companies. Still, only one of Amazon’s cloud customers, a dating site, chose to drop the service. Twitter, Netflix, Pinterest, and Instagram chose to weather the storm (brutal pun intended) and stick with Amazon. Why? Because, as in any other business decision, one must weigh potential benefit versus potential risk. In this case, the benefits of Amazon’s cloud offset the small chance for service outages. 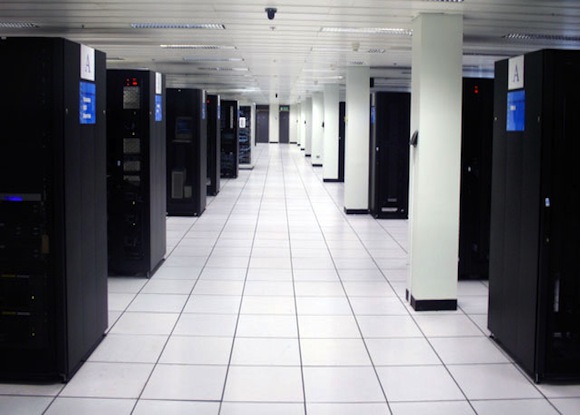 And these sites are not alone. Gartner, Inc., an IT research and advisory company, predicts that the public cloud economy, defined as a cloud infrastructure that is open to any and all customers, will grow substantially over the next four years. Gartner predicted the most growth to occur in the field of Business Process as a Service, (BPaaS) comprising cloud payments, cloud advertising (interactive advertisements, usually integrated with social media), and industry operations, among other services. In terms of revenue, cloud advertising in particular was predicted by Gartner to grow from $43.1 billion in 2001 to $95 billion in 2016. Time for a career switch.
Furthermore, Gartner also predicts growth in the other four areas they defined as public cloud computing models. These models are Platform as a Service (PaaS), comprising of databases and programming language execution environments, Software as a Service (SaaS), comprising of software such as email, Infrastructure as a Service (IaaS), comprising of networks and servers, and Cloud Management and Security.

So, what’s the deal with public clouds? Like airline food, they’re cheap — or, as executives like to say, cost-effective. You don’t need to host your own servers and you don’t need full-time technicians maintaining the network and its software. IT costs are kept to a minimum. As a result, the cost of creating a website or service is reduced. Just pay Amazon or any of the other public cloud providers and they’ll take care of your servers. Furthermore, as your company grows, you can easily purchase more storage space.
Server maintenance costs, once a prohibitive barrier that stymied creative innovation, have been cut down in size. Those funds that were once used exclusively for keeping the server afloat can now be dedicated to attracting talented employees or marketing. This allows for greater innovation in the world of technology.

Imagine that your website, once a desolate corner of the Internet, has become a behemoth. You’re bumping elbows with the Twitters and the LinkedIns of the world at website cocktail parties. Tens of millions of people, from all over the world, are using your site at any given moment.
Imagine, too, that you’re still using a public cloud service, like Amazon. For some time, you’ve considered switching over to your own private cloud, but the cost is steep (roughly ten times as expensive as public cloud for the same amount of service). “One day,” you remark to yourself.
Suddenly, your servers, thought to be nestling safely in a data center hundreds of miles from your headquarters, are hit with a disastrous power outage. Millions of people are left waiting for your website to load or your app to refresh, but to no avail. Laptops and smartphones alike are hurled through the air in frustration. For six prime-time hours, technicians at the cloud service scramble to get everything functional again. For six prime-time hours, you’re losing out on potential revenue.
Fortunately, the reduced IT costs make up for the loss in potential revenue. Still, downtime is something you will have to accept: public clouds cannot be relied upon to maintain 100 percent uptime. They minimize IT cost, but also introduce a greater amount of risk to the equation.

Which is Right for You?

Whether or not you go public or private depends on the size of your company and your specific computing needs. Before deciding, you should consider the amount of data your company uses, the amount of energy your company consumes in order to maintain its storage infrastructure, as well as how much it would cost your company, should there not be 100 percent uptime.
“When your power consumption is less than 500 kW, it makes sense to outsource your computing to a public cloud. But if your consumption goes over 500 kW, it becomes more economical to have your own infrastructures (i.e., private clouds) so that you can tune them for your computing needs,” advised Greg Ness, VP of marketing for Vantage Data Centers to Cloud users at a May 2012 discussion panel titled “What Every CIO Should Know About Cloud Computing.”
In essence, this means that, unless you’re operating a massive website, it makes economic sense to use a public cloud service. The lowered costs outweigh the potential risk. Companies should make the jump to private, according to Ness, if their computing needs require 500kW of  power or more.

If you have a big website, then it would be a good idea to run your own cloud. This would allow you to acclimate the infrastructure according to your website’s specific needs, making the entire operation much more efficient. Furthermore, you can ensure that, in the case of any service interruption, your own technicians can handle the issue promptly.

Take eBay, for example. In 2010, eBay predicted that it would require 20 petabytes (an obscene amount of data) by 2011. In order to power such an expansive infrastructure, they also needed a reliable and enormous energy source.  Furthermore, eBay cannot afford any downtime at all. Considering these factors, they opted to use a private cloud that is stored in multiple massive data warehouses.

Zynga, the game development studio responsible for the massively popular Farmville (and the worldwide leader in Facebook notification spam), recently made the switch from public to private cloud as well. During their rapid rise to popularity, Zynga used Amazon’s public cloud, because they found it to be the most cost-effective option and Amazon enabled them to freely increase the amount of storage they needed. Now that Zynga is a firmly established company, they resolved to create their own private cloud storage system. They tailored the infrastructure and software to their specific needs, improving their system’s efficiency. Still, they maintain a portion of their system in Amazon’s public cloud so that, in the case of any unforeseen spike in popularity, they can rapidly scale up the amount of data storage.

Ultimately, if you can afford the slight risk of temporary downtime and your data storage doesn’t consume massive amounts of energy, opting for a public cloud would be a cost-effective and smart option. Conversely, if the thought of downtime causes heart palpitations in your investors and you use a great amount of energy and data, then you consider switching to a private cloud infrastructure.

Have to Have: the Universal Fashion Wishlist

Fashionistas are a fierce bunch. Styles wink in and…

Published by Kiran on July 17, 2012.
Article in Mobile, Android categories.

While Apple and Google seem to be splitting the smartphone…

Uber: Hybrids At Your Fingertips

With intricate technology and a research-driven business plan, Uber…

The storm collided with Washington, DC, on the night of…

SeatGeek – A New Mecca for Concert-goers and Sports Fans

Fans of the New York Giants and fans of Justin…

Is Brooks Brothers Too Classy for Social Media?

An Exclusive Look at RebelMouse: The Social Media Homepage

Take a look at your favorite company’s social media…

Pandora: A Paragon Of Its Industry

One may think that Pandora’s popularity would directly…

Published by Andrew O'Hara on April 6, 2022.
Previous post SeatGeek - A New Mecca for Concert-goers and Sports Fans ← July 10, 2012 Next post → The Importance of Consistency: Twitter and the User Experience July 12, 2012