Non-Profit Organizations and the Ability to Empower Through Technology

In the days of what has come to be known as "the Nokia brick," when screens were color-free and Snake was the closest thing to… 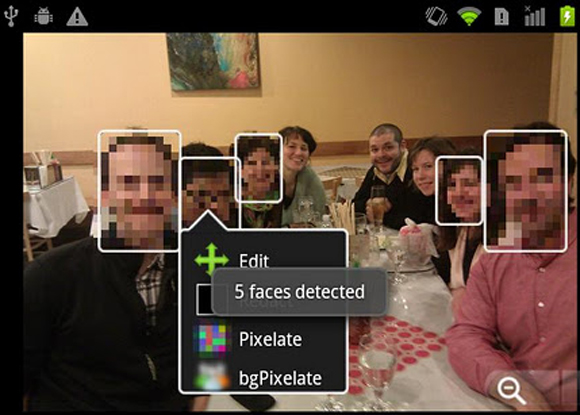 In the days of what has come to be known as "the Nokia brick," when screens were color-free and Snake was the closest thing to Angry Birds, mobile technology was hardly weaponry. Quick access to emergency calls served a rudimentary purpose, but at the core of an actual revolution, amidst all the smoke and dust, documentation was hardly a possibility.

Fast forward to 2011: protests across the Middle East and North Africa were dismantling governments altogether. Rogue bands of revolutionaries assembled by way of SMS, Facebook, and Twitter, all the while gathering support across the globe through the documentation of events as they unfolded. Though the underpinnings of the uprising were decades in the making, technology had made the mass coming-together physically possible.

Fortunately, recent developments have continued in this direction, but efforts are no longer about the appropriation of existing services. ObscuraCam, developed for Android by non-profit organization WITNESS alongside the Guardian Project, is one of those services, designed specifically for the documentation of human rights abuses. Fittingly, WITNESS’s commitment is to using the power of video and storytelling to expose wrongdoing, and they do so with keen understanding of the social and physical element of such events. Born initially at the 2010 Open Video Conference, the open-source app hides the identity of subjects by automatically identifying faces, then giving you the option of blurring them out. Simultaneously, it deletes metadata, such as location and camera type, thereby preventing the identification of enemies to the very subjects of uprisings.

The first version of the app has just been released, and thus work remains underway, but the Guardian Project is an app-specific organization, existing to develop such methods of secure and effective communication under any circumstances. In addition to ObscuraCam, they’ve developed Gibberbot, for private and encrypted SMS; Orweb, a browser that protects against network analysis; Orbot, which allows access to network services that may be blocked, censored, or monitored, while also protecting the identity of the user.

Collectively, and in ways made possible only through Google’s open-source policies, these applications allow users to circumvent governmental limitations on social services and networks, a particularly powerful tool in highly volatile situations. The ability to communicate openly not only allows the quick distribution of information, but it allows groups to assemble quickly and effectively, thereby adding a physical dimension to an ideological movement. In places like Libya and Egypt, recently, the ability to ignite action among like-minded groups through technology proved unexpectedly effective, capable of dispelling leaders who had violently held rule for decades.

There are, as one might expect, limitations and opportunities for abuse, of course. The accessibility of technology is increasing but not always widespread, particularly in underdeveloped nations where human rights violations take place beyond the reach of the Western world. And just as for-good groups benefit from the ability to communicate in secrecy, so can those with darker intentions. The hope, ultimately, is that in situations of equal empowerment, good will always prevail; 2011 showed that, in the end, this may prove to be the case.