Kenya already has a reputation for being one of the most developed and stable nations in Africa, not only owing to the beautiful highlands that… 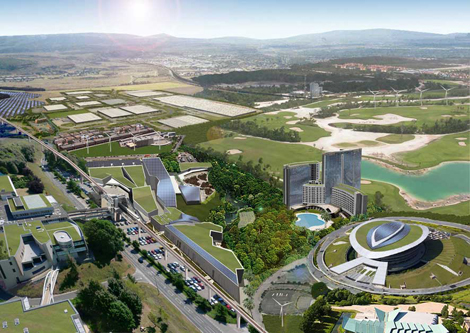 Kenya already has a reputation for being one of the most developed and stable nations in Africa, not only owing to the beautiful highlands that comprise one of the most thriving agricultural regions in the continent, but also to its rising prominence as a breeding ground for IT companies and international investors. The Kenya Vision 2030 blueprint sets forth the dynamic prospect of building a more sustainable, high-growth Kenyan economy by virtue of technological, industrial, and retail advancement.

Konza Technology City, a planned state-funded 5,000-acre site south of Nairobi, will ideally transform into a city propelled by technology businesses, financial services firms, and other enterprises centered on the business and science world. Konza will be surrounded by some of the countries most important infrastructure, such as Jomo Kenyatta International Airport and the ports and railway of Mombasa. In fact, it is precisely the presence of a well-oiled Kenyan infrastructure that is attracting new international investors to its tropical realm. Kenya’s current GDP is $70.6-billion, and the goal is to increase that number by 10-percent within the next 20 years while subsequently creating a middle-income country with a discernible middle class.

How is the whole project being funded and nurtured? Highly successful incubators, such as iHub, funded by goliath technology companies including Google, Samsung, and Nokia, provide the tech community in Kenya with a free, open innovation space with networks in place to give special access to entrepreneurs and startups who need space to meet with VCs, seed-funders, and local businesses, thus providing a fertile territory that is conducive to sparking invaluable relations between those who have brilliant ideas and those with money to help them grow. iHub is open to any tech person who becomes a green member. The project is an effort being taken on by a wide spectrum of creative techies from a number of international countries, and because Kenya’s time zone sits between Europe’s and Asia’s, the prospect of communicating and conducting real-time business exchange with both continents is a plausible notion with significant implications for the future.

The process of city development will be done in phases to ensure a steady pace of growth in tandem with adequate civic amenities and infrastructure to meet the needs of the population - some examples include the further building of national institutions, utilization of renewable energy, recycling systems, and low-cost transportation among others. The transformation of Kenya’s employment markets seems to be something that will come to fruition not only with the steady development of a solid IT infrastructure, but also with their growing global reputation as an inexpensive yet high-quality outsourcing destination for multinationals seeking to find an alternative to traditional outsourcing countries such as India, which will become more expensive in tandem with a maturing economy over time.

The idea of Kenya and its Konza Silicon Savannah as a pioneering way to lift the whole African continent out of underdevelopment is one that is highly pervasive; but one of the most compelling questions regarding the Kenya Vision 2030 plan in Konza is whether or not achieving a highly developed tech city will actually result in a ripple effect, so to speak, that will prove beneficial for the rest of Africa and its infrastructure issues. At any rate, the process of upping the ante on Kenya’s international presence as a modernized, progressive, and commercial hub for interest, retail, technology, and finance is exciting and refreshing in lieu of the ever common assessment of Africa as a continent ever ravaged by the effects of colonialism, unquestionably dire poverty rates coupled, and a lack of social infrastructure.

We’ll see if this project makes potentially modest to dynamic changes not only economically, but socially and politically on a regional and national scale. So far the reactions have been somewhat mixed, ranging from those who are incredibly enthusiastic about the blueprint and others who are still quite skeptical as to how smoothly the path to modernization will go in terms of government being able to properly handle the degree of bureaucratic complexity that comes with any highly developed, built-up, urban area.

Simple premise, fantastic app. Weather Strip is unlike almost any…

Article in Best of, Humor categories.

Let’s face it- whoopee cushions pop and no…

NetNewsWire is Free RSS Reader That Loves Its Users

RSS readers are still somewhat surprisingly common and there are…

Sometimes the best ideas are the simplest ones. Apps don’t…