The Internet has, by now, long been a place of protest. Social networks like Facebook and Twitter have been at the forefront of uprisings around the world, services that act as message boards for change. But today's actions against SOPA - a bill that, for all intensive purposes, threatens freedom on the Internet as we know it - are something different entirely. Across the web, major sites are expressing political opposition in a way not before seen: directly and publicly, to the point of dismantling themselves entirely.

SOPA, which stands for Stop Online Piracy Act, could inhibit the free flow of information and, as such, innovation, to potentially social and economic consequences. Fittingly, the response of certain major sites to blackout their content is a particularly technological form of innovation - a means of catching the attention of the masses in a way none can ignore. Below, we've provided images of some of the most noteworthy - with hopes that, when it comes time to vote, the act will feel the effect. 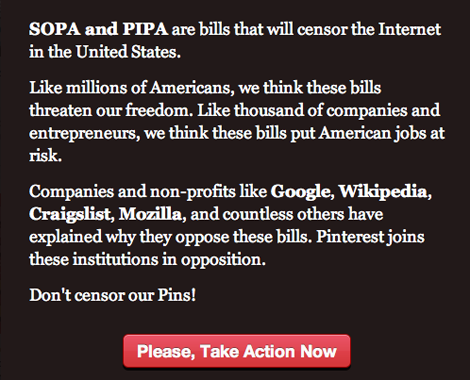 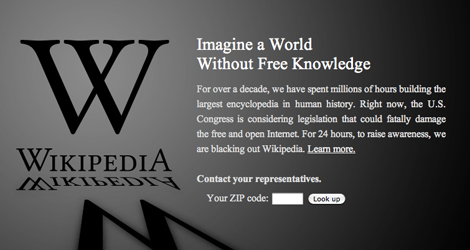 Simple premise, fantastic app. Weather Strip is unlike almost any…

Article in Best of, Humor categories.

Let’s face it- whoopee cushions pop and no…

NetNewsWire is Free RSS Reader That Loves Its Users

RSS readers are still somewhat surprisingly common and there are…

Sometimes the best ideas are the simplest ones. Apps don’t…

Published by Andrew O'Hara on June 9, 2021.
Previous post Tech Cocktail is More Than Just a Tech Blog ← January 17, 2012 Next post → HzO is an Invisible Waterproofing Solution for Your Electronics January 19, 2012