The state of the global financial system is, to end the conversation as quickly as possible, almost beyond debate. As baby boomers and their children… 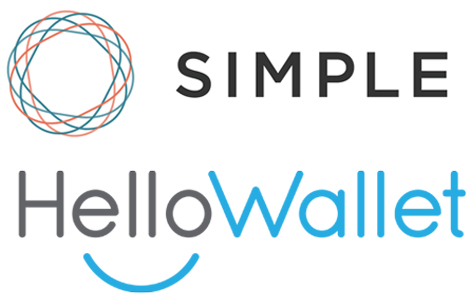 The state of the global financial system is, to end the conversation as quickly as possible, almost beyond debate. As baby boomers and their children refinance their mortgages with the help from experts like Erin mortgage broker, push back retirement, and dip heavily into savings, those of us in our early twenties tip-toe slowly out of college into a bleak professional environment, colored brightly only by a rare boom in creativity and exploration. Hope is not lost, really, but redefined, shaped more like cautionary optimism with a dash of patience.

Regardless, daily life carries on. The employed purchase train tickets or hop in cars and head to the office, picking up a coffee along the way. Slowly but surely, hands exchange money, and one wallet gets lighter while another thickens. Moment by moment, these transactions compound and affect us immediately and eventually; they pick away at savings meant for vacation or weddings or new homes. Understandably, the inability to grasp the relationship between immediate, minor purchases and eventual, major purchases is a whole different kind of stress, one banks - who make billions off pennies lost here and there, ATM withdrawals, service charges, and hidden fees - could care less about.

Technology, many have argued, is both a burden and gift; employed properly, and we may find that something as simple as an application, downloaded in an instant, can reshape or add tiers to relationships as complex as those we share with our banks. And why shouldn’t that be the case? Financial institutions, despite their necessity, work almost counter-intuitively to our needs, making money when we lose it. We, of equal blame, spend freely, often well outside our means. What we’re missing is middlemen, those with the mind to benefit when we benefit - and who do so, for all intensive purposes, within existing platforms that change how we actually grasp our habits interally. In Simple and HelloWallet, we have that.

In short, Simple and HelloWallet are digital financial planners. They give you a clear understanding of where your money is going and how it gets there. This may sound a bit like Mint, but, as HelloWallet has argued, Mint’s financial state is dependent upon its relationship with banks themselves, who pay the service to push their products upon users in need. Tricky territory. Conversely, HelloWallet and Simple, by way of two much different methods, allow you to define a budget based on short- and long-term goals. They then show you how much you have and how much you should - not can - spend based upon your current financial state.

While HelloWallet operates completely independently, charging a small monthly fee of users, Simple partners with FDIC-insured banks without functioning as an independent bank itself. This way, banks handle the money, while Simple, compiling all of your information in one (beautiful) service, helps you control and understand your spending and savings. With a Simple Visa card, finances are tracked on the web and online applications, and the Visa functions as both your debit and credit card. Fortunately, Simple makes its money from the banks you already use, who pay the company fees in exchange for the Simple customer base. In this regard, Simple adds sophistication and clarity to your actual day-to-day financial engagements, while those distant, looming institutions hold the money themselves.

HelloWallet, similarly, does not benefit from pushing banks upon users; their users remain partnered with their existing banks. Instead, the service is a recommendation engine for user-specific goals, and it makes its money through paid subscribers. Beyond seeing their balance and remaining disposable income, the iPhone application allows users to see their spending activity laid-out, by location, on a map. In that regard, HelloWallet is a unanimously personalized experience. Provided advice allows users to get out of debt and build wealth based on habits that we, as individuals, have developed. Fittingly, founder Matt Fellowes has held posts at the Brookings Institution, Georgetown University, and Pew Charitable Trust. His charitable past seems to have influenced HelloWallet considerably, which, for every five paying customers, provides one free subscription to a family in need.

Though potentially hyperbolic, the press response to HelloWallet and Simple has been thorough, relentless, and tuned like a sigh of relief. As the most promising startups aim to do, they’re solving significant day-to-day problems - spending habits and bank exploitation - in a manner that’s almost universally beneficial. Even the banks themselves, who are, despite some movements’ more elaborate demands, here to stay, benefit from a better experience on the part of their customers. But the fact of the matter is, those customers are also to blame; we’re all guilty, here and there, of a bit of overspending, of believing desire to be need. HelloWallet and Simple are here to save both parties, a feel-good compromise capable of disrupting our financial beliefs for the better.

Published by Michael Abraha on October 12, 2022.
Previous post No Excuses, Students: Date Like a Champion With Datemyschool ← November 30, 2011 Next post → GazeHawk: An Eye-Catching Solution for Marketing December 1, 2011