Ever drafted a cutesy text to your significant other, filled with sweet nothings and cheesy emoticons, only to press the wrong button and send it… 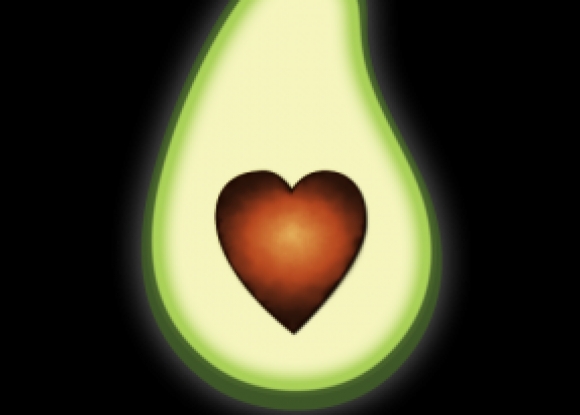 Ever drafted a cutesy text to your significant other, filled with sweet nothings and cheesy emoticons, only to press the wrong button and send it to your boss? Or mean to send a Facebook message only to have it post as a status? Have you ever craved a social network that was perhaps less social and more intimate? Developers have caught onto this unfilled niche in mobile applications, and an increasing number of apps are being developed to fill it.
Avocado founder, Chris Wetherell, thinks he has the best solution to concerns in the form of an app geared solely towards couples. Despite what its moniker might suggest, Avocado is not a fruit, but the newest in a line of mobile apps that attempt to do away with the anxiety that comes with Facebook and larger social networks. It allows you to send messages, upload pictures, and share lists with your significant other in an exclusive, password-protected space. You can even create little “photocons,” or messages with “your own special face that will make your partner smile,” according to the service. 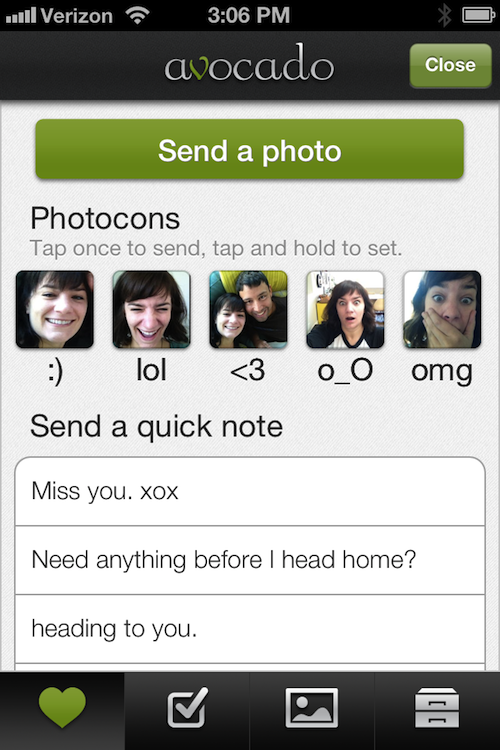 The whole app is very endearing to say the least, from the purported meaning behind its name (avocado trees only bear fruit when paired with another tree) to its frequent use of the term “boo” in reference to the user’s significant other. It also comes with a $1.99 price tag for Android or iOS, but it’s free from the web.

An Eye on the Competition

Avocado is hardly breaking new ground in terms of apps directed towards couples. There’s also Between, Duet, and Kahnoodle, among others. Between, however, is mostly based in South Korea, although it’s working on expanding its reach. Duet has a purposely restricted interface, and Kahnoodle is more focused on games and earning points than strictly communication. 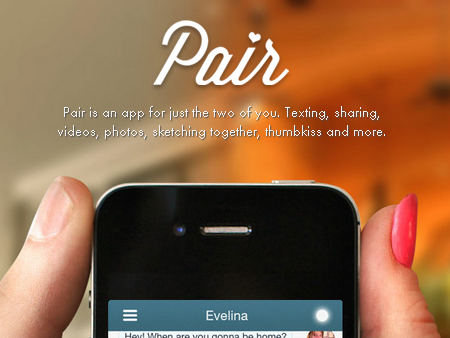 We did a side-by-side comparison of Avocado and its closest competitor, Pair, and, initially, it’s hard to see how Avocado brings anything new to the table. Pair does everything that Avocado does, feature-wise, and it also has something called Thumb Kiss (which is exactly what it sounds like: you and your partner press your thumbs to the screen and when they are on the same spot, the phones vibrates), as well as drawing features that let couples complete each others drawings live. And perhaps more importantly, Pair is free.

What Avocado Brings to the Table

Wetherell claims, however, that what distinguishes Avocado from its competition is a certain level of security and a design that creates the perfect space for tech-savvy couples. Especially those that are looking for a haven away from the public eye of larger social networks.

In terms of security features, Avocado claims that it is “the only couples app that offers identity verification and advanced encryption.” While the app does require a shared password to sign in, so does Pair, and both apps stay signed in unless the user decides to sign out. Pair, however, also offers a security feature that, when enabled, requires users to enter a four-digit security code every time the app is opened. 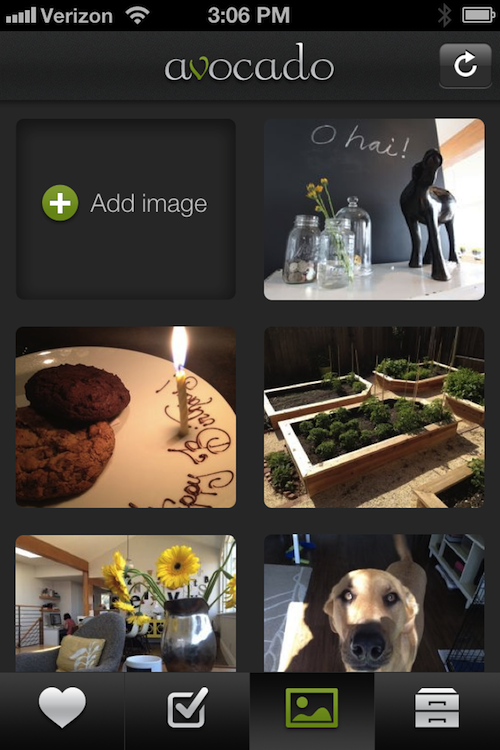 When it comes to interface though, it appears that Avocado comes out on top. With a name like Avocado, it’s fitting that the entire app is branded with a cute, green motif. What’s less expected but equally commendable is how enjoyable the user experience is; Avocado’s the sort of app that appears to have fewer features than are actually present, due to the clear, uncluttered organization of icons and content (Pair is less noteworthy, basically a Facebook newsfeed for two people). Of course, we’d expect no less from former Google employees.

However, the question still remains: is a pretty interface and advanced encryption worth two bucks? Is a free app like Pair even worth it when two iPhones and iCloud can essentially do the same thing (minus the Thumb Kissing, of course)? 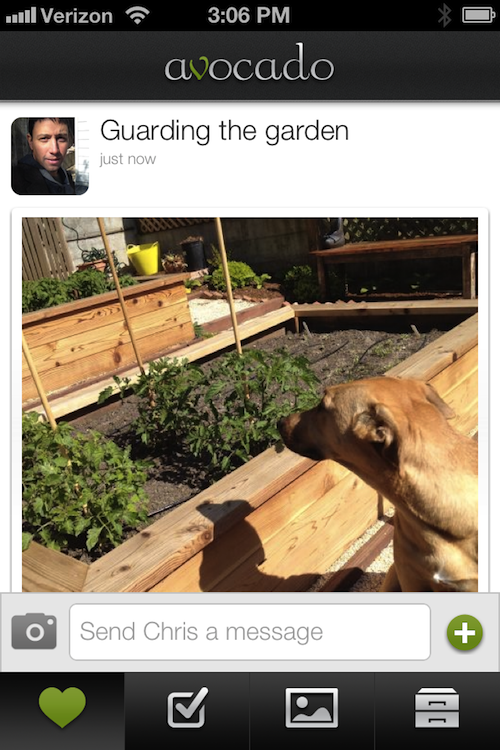 Whether or not Avocado is worth the money, its existence confirms that the tide is indeed changing towards more individualized and privatized social media. Of course, there will always be a place for giants like Facebook and Twitter. They’re just joined by a new line of apps like Snapchat, which lets friends send each other self-destructing photos, and KickSend, which lets people share private files with each other. Ultimately, it seems that intimacy is what we all crave after all.