Smartphone Use Statistics: How do we utilize mobile technology?

Who needs brains when we all have smartphones? According to a Mashable report, more Americans own smartphones than hold a bachelor’s degree or speak another… 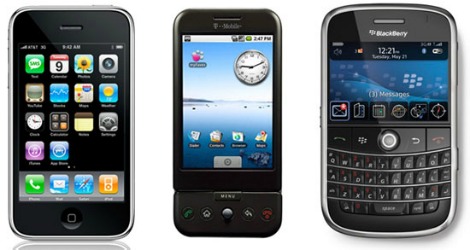 Who needs brains when we all have smartphones? According to a Mashable report, more Americans own smartphones than hold a bachelor’s degree or speak another language in their homes. This statistic is based on a study conducted by the Pew Internet Project, which surveyed 2,277 adults (ages 18 and up) between April and May of this year. According to the study, 85% of American adults own cell phones, and 42% of these are smartphones. This means that 35% of the nation’s adult population owns smartphones. The interviewers logged the age, race, location, and socioeconomic status of its respondents. According to the study, groups who reported higher than average usership include:

The Pew Internet Project is also interested in how, exactly, we use our smartphones. Access to the Internet is the major draw of these devices. Apparently, 68% of smartphone owners use their phones to go online at least once a day, and for 28% of these users, their smartphone is the primary or only source of Internet access.

In an earlier report, Pew studied the effects of mobile Internet use on our consumption of certain information, specifically local news.  A lot of us look for our news online, but how many recieve that info on our phones or tablets? About 47% percent, according to Pew. However, even though nearly half of mobile device users report getting local news on their phones or tablets, only about 13% use an app to do so, and only 10% of these app users actually pay for their news.  Pew calls this discrepancy between mobile news consumers and mobile news application buyers, the "app-gap." According to Lee Rainie, Director of the Pew Research Center's Internet and American Life Project:

Many news organizations are looking to mobile platforms, in particular mobile apps, to provide new ways to generate subscriber and advertising revenues in local markets. The survey suggests there is a long way to go before that happens.

Smartphones around the world

The International Data Group (IDG) has conducted similar research on a global scale. Between February and March, the group surveyed more than 13,700 people from 16 different countries. The survey found that, internationally, 70% of smartphone owners browse the Internet regularly and use mobile apps. General and IT news sources were most popular amongst mobile Internet browsers, followed by social media sites. The types of apps most used around the world include general news, social media, gaming, and IT news. GPS navigation apps have usurped instant messaging apps, with most countries reporting higher than 50% usage.

IDC, a subsidiary of IDG, reported last month that the worldwide smartphone market is expected to grow by 55% this year compared with 2010. Smartphones have been around for a while, so what accounts for this sudden surge? According to PC-World, lower-end and prepaid smartphones are a developing trend that renders these devices more widely accessible. It’s also likely that the rapidly advancing mobile technology and the plethora of increasingly sophisticated apps are making smartphones more and more attractive to potential buyers. These days, the prevailing attitude seems to be that non-smartphone (stupidphone?) users are tragically behind the times. Besides, once you go smart...well, who wants to go back? Users develop a pretty strong bond with the devices that are promising to do everything for us short of shaving and brushing. Maybe that explains why, when Pew asked owners to put their feelings towards their smartphones into words, the best that most users could come up with was a primitive “good.”