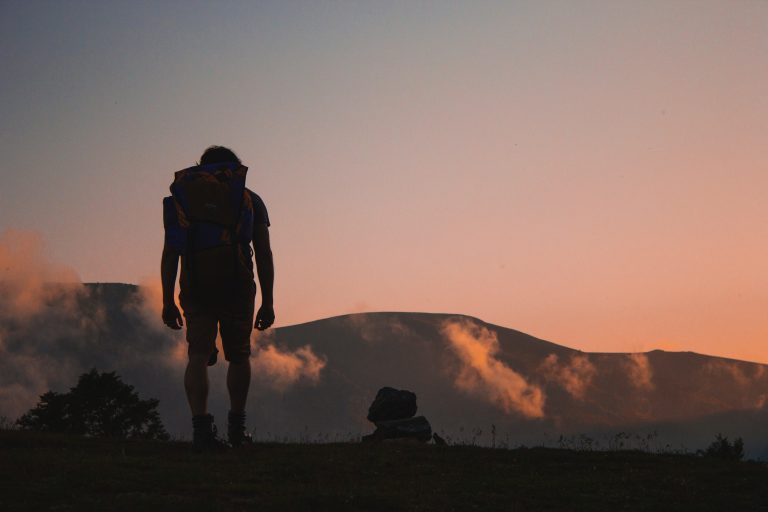 Doomsday preppers distrust the internet and fear a cyberattack, but use online prepper communities and apps to prepare for survival.

The Engineer Who Runs the ‘Netflix’ of Prepper Sites

Dennis Diaz had just been airlifted home from Greece when he started Survival Ready, a prepper blog with 18,000 subscribers. On holiday, his four-wheeler collided with a truck on a remote island, catapulting his skull into the windshield and snapping his femur. In the regional hospital, seagulls flew in the open window and hopped about the ward. The hospital beds weren’t electric, so you had to shout to have a nurse come in and raise or lower the head.

Diaz says it wasn’t the crumbling infrastructure that inspired him to bring together survivalists in an online community. But it can’t have hurt.

Preparing for the Tech Apocalypse

Doomsday preppers focus on threats to society — such as a cyberattack — and how to troubleshoot the aftermath. They are distrustful of the electric grid, cellphone service, and the internet. Yet, they use these elements to connect online and share tips and strategies.

“There’s certainly some degree of irony there,” says Diaz over the phone to me. “You get the guy who wants to protect his cellphone when the towers are gone. He’s up in the woods with a solar phone charger, but also talking about how technology is not going to be there.”

Metallic faraday bags are popular among attendees of the Prepper World Summit he runs, along with his 70,000 Facebook followers, as protection against electromagnetic pulse attacks. Many cite the April 16, 2003, EMP attack on the Pacific Gas and Electric Company’s Metcalf Transmission Substation in California as a preview of what is to come. Ex-Nightline anchor Ted Koppel focuses on the incident in his book Lights Out, and protests public apathy toward future attacks. So, assuming the government isn’t up on its job: metallic bags. An upside to keeping your credit card and phone in an EMP bag is that it also gives you manual protection from cybersecurity breaches. No one can steal your digital identity when it’s locked in an x-ray vault.

UX Design for the Skeptic

At the uber-wealthy end of the prepper spectrum, tech leaders like Peter Thiel, Reddit’s Steve Huffman, and prominent venture capitalists are locking down citizenship and helipads in New Zealand as a contingency plan. The New Yorker’s Evan Osnos recently reported on the luxury escapes with rah rah sofas they have kitted out for the day that the AI they built turns on them. At the other end, the Survival Ready preppers tend to be over 50 and generally distrustful of tech. Most often, they access Diaz’s Facebook groups, Vimeo tutorials, and email newsletters on desktop computers. If they use apps, it’s to download products like Wild Edibles Forager, which identifies edible plants in the wild, or Energy Consumption Analyzer, which does exactly what you think it does.

Naturally, ham radios are big with the prepper set — “if you go to a ham radio enthusiast group, you’ll find preppers,” says Diaz. There are also ham-radio-adjacent apps like Police Scanner 5-0, which lets you scan emergency services channels through an interface kitted out with throwback affordances.

One Last Snap Before the Apocalypse

Diaz grew up in Puerto Rico, where he learned to catch, gut, and cook a fish at a young age. There, hurricanes would roll through with meddlesome force in the summer, a reminder of how precarious your town really was. In the U.S., he studied engineering. He set up Survival Ready in response to what he felt were a plethora of fake experts. "It was an industry where there was a lot of interest, but also a lot of misinformation," he says.

If the attack was to happen, cellphone towers and transmission lines are obvious points of weakness to a survivalist mind. Attacks and wildfires would easily take down landlines and power to homes. “Satellite is safer,” explains Diaz, “because they’d have to take down a satellite to knock it out, or one of its peripherals. So it would be very regional. It would be pockets of service here and there.” Presumably, then, you could send a few last Snaps before the entire internet went down, or snapshot your last QR code.

His followers have invested in generators and non-perishable food stores, and in his new subscription offering American Protection Alliance. For $10 a month — “the price of Netflix” — they can access his suite of survivalist videos featuring a coterie of pros. His users do this on browsers like Tor that allow them to cover their digital tracks through a location-muddling web of volunteers across the globe.

A Large User Base If You Can Reach Them

The Daily Mail believes there are 3 million people preparing for doomsday, or about as many people as follow Dane Cook on Twitter. So, they could all be quite mistaken. But it presents an interesting lesson for mobile app designers looking to create a product that a pseudo-luddite can trust. Likewise, a case study for developers building an interface that will operate offline — while the battery lasts.

The prepper industry is built on sales of generators, ammunition, and buillion cubes. But increasingly, the multi-billion-dollar app economy is picking up a slice of those poking around the app store for knowledge. The irony is neat. While survivalists wait for end times, scores of apps will rise and fall. Until we lose the internet for good, at least we can find something to eat.

As they say, the apocalypse? There's an app for that.