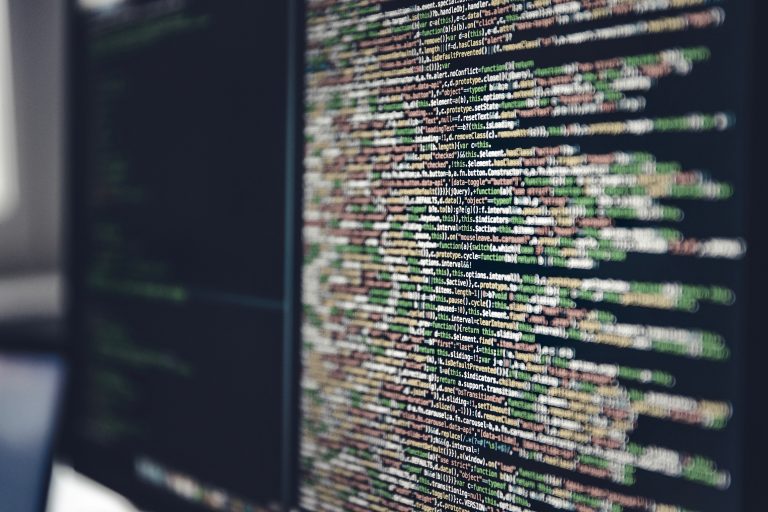 At Fueled, we are interested in how blockchain can be used to create decentralized applications or dApps. Learn 6 success strategies for dApp developers.

As the first wave of the cryptocurrency revolution hits us, we are all being exposed to blockchain - the fascinating decentralized network that makes this technology possible. As a dApp development company, blockchain interests us as a tool to create decentralized applications, or dApps — Open source software built on blockchain technology.

The market is expanding rapidly, so where can a decentralized blockchain app be useful?

Here are a handful of smart uses for dApps, provided alongside current working examples and a myriad of reasons why dApp development provides an added benefit in these markets.

The Idea: Blockchain coexists with cryptocurrency as a means to create a new financial system where central banking has no power, and all transactions are done on a peer-to-peer network. If the dApp market is to be sustained, decentralized marketplaces need to exist. This is a key feature in gaining mainstream appeal for dApps and ethereum based networks.

Example: District0x. This network of decentralized marketplaces is organized into districts, each of which is a distinct marketplace and community. Each of these districts is powered by d0xINFRA framework, a stack of Ethereum smart contracts and front-end libraries distributed on IPFS, and uses Ethereum as a currency. Districts range from job boards to Meme Factory. Each district requires postings and listings, search options, user rep, and payment options, making them full-fledged marketplaces.

The Benefit: A decentralized marketplace provides the security and freedom of a peer-to-peer network (meaning no middleman or single points of failure). These can foster use and the ability to trade your cryptocurrency for goods and services, an end goal of the concept. There is no need for a third party like PayPal and you can make payments directly. Accounts are tied to cryptokeys, so you are no longer at the mercy of account holders to hold/transfer your money. This makes for a streamlined marketplace that requires less work on the user end but is more secure.

The Idea: Blockchain unlocks new potential for gaming as well. The ability to create worlds and social spaces are expanded infinitely. Games like EVE Online, which has its own player-run economy could see new life due to blockchain. The ease of use and integration into a pre-existing system could lower the barrier of entry, thus increasing the active player base.  MMORPGs in the vein of World of Warcraft could have a huge comeback. And the possibilities for dApps that blend collecting, gaming, and gambling are endless and already being explored.

Examples: CryptoKitties. In CryptoKitties players can buy, sell, trade, and breed their own adorable virtual cats. It’s similar to other collectible card games like Pokemon, or toys like Beanie Babies at the height of that craze. Over $2 million worth of cryptocurrency has been spent on Cryptokitties. This isn’t just a way to build a fun collection, it’s also a way to potentially make a whole lotta mula.

Cryptozombies is another dApp that helps you learn Solidity, the programming language for writing smart contracts while engaging you in a zombie army building game. In a tutorial to Solidity you build your army, but once that ends the game opens up to a collectible trade-athon akin to CryptoKitites.

The Benefit: Collectible card games like Magic:The Gathering are built upon trading with friends, but isolation and free time constraints can make it tough for this to always work. Having games where your collection lives on the blockchain makes it easy to trade, sell and show off your wares online. If you are building a business on the blockchain, games like this are the most profitable type of dApp, and there is plenty of room for improvement, i.e. the real big hitter in this space likely hasn’t been made yet.

The Idea: Imagine living in constantly changing worlds like an MMORPG, or a Minecraft server, but built on a decentralized network. This is an extension of gaming but doesn’t always require progression or competition to work.

Example: Etheria. Etheria is Minecraft on blockchain. This dApp has two key differences from the popular game. Each tile of the world you can build on costs an Ether, which means the price of land may fluctuate and likely increase. What truly makes Etheria stand out is that once you purchase a tile it cannot be hacked or altered by anyone else in the game. This is made possible by the smart contracts the game operates on.

The Benefit: Blockchain allows for virtual worlds that more accurately represent the structure and boundaries of modern society. In this case, blockchain works as an economic backbone that allows for player commerce. Negating the hassle for creators of creating an in-game currency, and by extension raising the stakes. This can further escapism, but unlocks potential for learning real-world skills in virtual space.

The Idea: Social media is a pillar of communication. Messaging apps are the vehicle through which a majority of conversations are had each day. But with net neutrality and the politics of CEOs potentially cribbing the purity of these experiences, dApps are offering blockchain-based alternatives to these services.

Examples: EtherTweet. EtherTweet works as a decentralized version of Twitter. This dApp lets users publish tweet-like messages of 160 characters, but once the message is published the publisher is the only one that can take it down. EtherTweet will never remove your post. Accounts can also receive Ether donations, which can be an incentive for top users to stick with the platform.

Status.Im. Currently in beta, Status.Im is an open-source platform that acts as a marketplace where anyone can list their dApp and any user can download it. In this sense, it falls into the prior category, but this platform also works as a messenger dApp that lets you send texts in a secure manner. Status.Im is often used to send payments and share smart contracts in encrypted messages.

The Benefit: Having a means to easily share and exchange coin is paramount to the growth of cryptocurrencies as a whole. Social media companies that truly give user freedom is basically unheard of, given how social media juggernauts grow and acquire up and coming platforms. An open-source, non-anonymous platform could be the future of social media.

The Idea. If you have Ethereum you need a place to keep track of your coins, especially due to the ever-fluctuating value of your Ether. There are too many examples to count, but all wallets require private keys, which are "tickets" that provide access to your currency. The best wallets have backup and restore features built-in, as well as compatibility with different operating systems to work across your devices.

Exodus. Exodus is the first desktop multi-asset wallet with ShapeShift, the program that lets you trade and convert cryptocurrency, built-in. It also has a pretty slick portfolio representation of all the coin you own and their total value.

The Benefit: Crypto wallets will only grow in usefulness as cryptocurrency grows in popularity. There is no universal dapp per currency so there are still plenty of opportunities to build a stellar product that can catch on.

The Idea: Blockchain allows for Smart Contracts, which is a computer protocol intended to digitally facilitate, verify, or enforce the negotiation or performance of a contract. This has led to the creation of platforms that let users make predictions on any real-world event, from politics to sports and entertainment. These apps let you trade virtual shares, leading to potential payouts.

Examples: Gnosis & Augur. Both these dApps exist and are currently running on Ethereum. They provide the ability for users to create their own markets, set their own fees, do their own reporting, and make secure, automated payments to each other. Users can place bets on anything from presidential or local elections to Oscar winners or the outcome of a sporting event.

The Benefit: While these apps are essentially gambling, the technology that underpins them can be used to access massive amounts of user data in real-time. The psychological value of these prediction dApps is profound. They enable anyone to access the ledger of major prediction markets that can lead us to better predict and analyze human behavior.

The Potential of dApp Development

The true potential of dApp development is yet to be seen, but now is the best time to educate yourself about the blockchain, the different currencies that are available, and explore opportunities blockchain has to offer. These dApps only scratch the surface of what is possible. While dApp development companies won’t replace traditional apps anytime soon (or perhaps ever), it’s easy to envision a future where both types of mobile app development are equally valued.