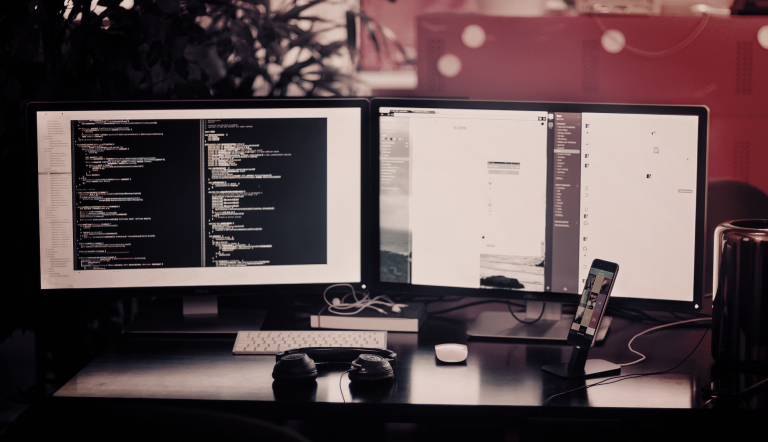 What Is Machine Learning and Its Applications

Machine learning is a sub-concept of artificial intelligence that is making a significant impact on the tech industry.

For years, many industries have explored ways to incorporate artificial intelligence (AI) into their services because it provides a competitive edge. Since it is an evolving technology, the exploration of AI has brought about sub-concepts. One of the more significant concepts of AI is machine learning, coined by Arthur Samuel in 1959 as “the field of study that gives computers the ability to learn without being explicitly programmed.”

So, let’s talk a little more about machine learning (ML) and what it is. Just as Samuel described, ML is a subset of AI where computer algorithms are used to automatically learn from data and information, without being explicitly programmed.

By learning from data and information, the system is able to change and improve its algorithms on its own. The learning algorithm enables the system to identify patterns in observed data and build predictive models based on the observations. Because ML is used in situations where perfection is not expected, the goal is not to achieve perfect predictions but to achieve predictions that are good enough to be useful.

Just like the rest of the tech world, machine learning is not a simple concept. It’s important to note that the concept of ML is broken down into smaller subsets based on how much data the system is provided: supervised learning, unsupervised learning, and reinforcement learning. The type of learning is determined on if the information it’s fed is labeled or not.

You’re probably asking yourself how the system undergoes training. The type of ML that you’re trying to use determines how much training the system has to undergo. The amount of training for the system is determined by how much data is initially provided to the system. Data is the center of ML, without it, the system wouldn’t know how to do its job. Before we dive into why and how we use the different types of ML, let’s talk about what they are first.

Supervised learning is the process of ML when the system is initially provided data where the algorithm’s inputs (x) and their respective outputs (y) are correctly labeled. Because the input and output data are labeled accordingly, the system is trained to recognize patterns in the data with the algorithm. In future scenarios, this allows the system to receive inputs and produce correctly labeled outputs based on the pattern. Supervised learning is beneficial because it can be used to predict outcomes based on future input data without human interference, like when social media automatically recognizes someone’s face after you’ve tagged them in a picture. When you tag your Aunt Sally in a picture (y), social media stores the facial features of Aunt Sally (x). When you upload pictures of Aunt Sally in the future, social media recognizes her facial features (x) and automatically tags Aunt Sally (y).

Though it is a separate classification, reinforcement learning is a type of unsupervised learning. Similar to unsupervised learning, the data provided to the system is not labeled, so the system is left to create its own patterns. Where reinforcement differs from unsupervised is that when a correct output is produced, the system is told that this output is correct. This type of learning allows the system to learn from its environment and its experiences to explore a full range of possibilities. It is quite literally, learning through reinforcement. When Spotify makes a recommendation for a song (based on a pattern it noticed in your music selection) you are given the option to “thumbs up” or “thumbs down” the recommendation. When you indicate “thumbs up” or “thumbs down,” Spotify utilizes reinforcement learning because it’s learning your music taste based on what you tell their system.

Why all the hype about machine learning? Well, because it is the next step in achieving artificial intelligence, and is a big step for app developers. ML gives apps the ability to improve and adjust based on user data, without developers influencing it to do so. This technology is saving time for developers (which saves you money) by enhancing the user experience with accuracy on what users want. While there is a multitude of uses for machine learning, two significant ones are image processing and predictive analysis.

Image processing is a very common application of ML, one that you probably see every day. It is used through supervised learning where an algorithm is used to detect various objects in a given image. Much like a child is taught that shapes with five sides are pentagons, the machine is taught to recognize objects in images. The machine is trained by providing a set of labeled images containing different objects; when given future inputs, the machine will identify objects within those inputs and label them. Apple’s Face ID feature is an example of image processing; when you set up Face ID, there is a series of steps you undergo to train the system (iPhone) to recognize your face. These steps include taking photos of your face from multiple angles so the system can analyze your face store this data. After being trained, the system recognizes your facial features as a means to unlock the phone.

The most popular application of ML is predictive analysis, which uses historical data to make predictions or recommendations for future events. You know how your phone starts to provide suggestions of words to use as you’re typing out a text? That’s predictive analysis at work. The system has recorded patterns of the words you actively use in order to provide suggestions for responses in the future.

Predictive analysis is used across a multitude of apps, like e-commerce, social media, finance, and even transportation. E-commerce apps use predictive analysis to provide consumers recommendations for other products to consider purchasing. The system detects patterns in items that are commonly purchased together and generates suggestions based on these patterns. Social media does the same, but instead of suggesting products, it recommends people to follow. As mentioned earlier, the system collects demographic data from users and (using unsupervised learning) creates patterns to make these suggestions to users.

There are tons of budgeting apps that will use your banking information (after giving permissions to link) to help you manage income and spending. The system analyzes your transaction history and detects patterns to offer appropriate suggestions for spending. That maps app you use to find the best route to get from work to home uses ML, too. The system records past traffic patterns associated with the time of day to provide recommendations for your commute. ML is in use all around you, and you may not have even realized it until now.

Machine learning may seem like such a minute concept, but it is making such a significant impact. From social media recommendations to unlocking your phone with facial recognition, machine learning has made its way into our lives without us even realizing it. It’s allowing developers to gain a better understanding of their users’ behaviors to accurately enhance the user experience. ML is increasing security so users feel safe using your product. If you’re looking to take your product to the next level, then connect with Fueled’s product managers to identify if ML is the right solution for you.

Published by Jonathan Mendoza on January 1, 2020.