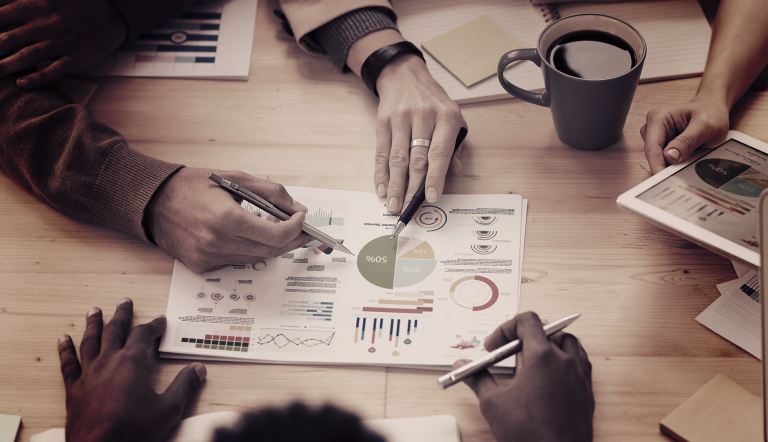 At Fueled, we love all things tech. That's why we're giving you 25+ mobile stats that will shift your perspective on mobile app development.

Do you ever wonder just how much revenue mobile apps generate in a year? Or how many hours users spend on their phones per day? Or maybe you’re on the fence of whether to make your brand accessible on mobile. Regardless, there’s a slew of statistics to answer all these questions and more.

At Fueled, we love all things tech. From mobile apps to web development to user behaviors, we are intrigued by it all. We’ve done our research and gathered these top mobile stats to know in 2020.

1. Mobile apps are projected to generate more than $935 billion USD in revenue via paid downloads and in-app advertising by 2023. (Statista)

Having a paid app sounds like it’s hard to gain customers, but if your customers are loyal to your brand, they’ll be willing to pay to access your app. A benefit of having a paid app is that you gain revenue with every download.

If you’re questioning whether going mobile is the best move for your brand, use this stat as a sign. Going mobile doesn’t mean you need to have an app, it can also mean creating a mobile-friendly site to match your desktop experience. No matter what route is best for your brand, it’s time to make yourself accessible on-the-go.

With the growing number of smartphone users, we are becoming more reliant on what we can find with a quick swipe and tap on our phone. We are in an era where we opt to do our research on mobile before using a desktop or laptop. Again, it’s time to make your brand available where your audience is searching first: mobile.

As mobile integrates more and more into our everyday lives, this number is only going to grow more and more. Making yourself accessible on mobile means creating an interactive and personalized experience for your users that will ensure they keep swiping, tapping, clicking, and engaging with your brand.

Like we said, going mobile doesn’t mean you have to create an app; it can also mean shifting your marketing efforts to mobile. Many free apps gain revenue by selling ad space, so use this opportunity to buy ad space in that popular free app and make your presence known to users. Have an app that’s free? This is your opportunity to sell ad space to gain revenue.

6. The global number of smartphone sales is predicted to reach 1.56 billion units or more in 2020. (Statista)

7. 48% of daily internet access happens via mobile devices. (We Are Social)

Get ahead of your competitors who aren’t positioning themselves with a mobile experience. Now is the time to seek a digital strategy that not only meets your needs but meets your audience’s needs. Users aren’t going to wait until they have access to a laptop to do their research; they want immediate results and you have to meet them there when they begin that search.

Annual worldwide app downloads have grown 45% since 2016, showing that users are consistently seeking out new and exciting apps. It’s never too late to join the mobile app industry because users are continuously searching for new ways to streamline their lives.

On the flip side of the coin, you can’t just build an app and call it a day. You have to market yourself as a useful brand for users in order to gain credibility with them. Continuing to update your app with new features and exciting layouts keeps your users interested and engaged.

10. The average smartphone user has more than 80 apps installed on their phone, but only use 9 on a daily basis and 30 every month. (Social Media Today)

Again, having an app is the first step. The next step is to keep users engaged and coming back for more. Users are spending more time on their devices, but are they spending any time with your product? Consider a digital strategy so you can position your brand to become a part of your users’ daily routine.

11. Users spend an average of 11.7 minutes per session in gaming apps but only spend 3.1 minutes in finance apps per session. (Leanplum)

These numbers may seem like a big difference, but it’s important to remember that users most likely visit a finance app more frequently than a gaming app. Each industry has its own benchmarks for success. Before you preemptively turn down the idea of an app because you’re a travel or finance company, remember that users will most likely need your services more frequently than a gaming company.

12. 90% of people use smartphones while in a physical store to help them make purchasing decisions. (Social Media Today)

It’s no surprise that online shopping is booming. If you haven’t entered the eCommerce industry, the time is now. Before buying any product in-store, many consumers will do a quick search to see if they can get a better deal, whether it’s online or at a different store. Making yourself available to these queries is crucial to increasing your user base.

13. 59% of smartphone users feel more favorable toward a brand whose mobile site and app allow them to make purchases quickly. (Google)

Entering the eCommerce space isn’t all you have to do. You want to ensure that you provide a seamless experience for your users. They are shopping online for one reason: ease of access. If they have to jump through hoops to make a simple purchase, you lose credibility and they’re likely to take their money elsewhere. Building user loyalty is a huge sign of success, so don’t give them a reason to disengage.

When you enter the mobile market, there are lots of aspects to consider, especially which platform to choose. Maybe it’s both, maybe it’s one or the other. Yes, Android owns a majority of the market for smartphones, but that doesn’t mean taking the Android route will bring in more money for you.

Both iOS and Android have their own unique features with each software update. Users are happier when they receive consistent updates and updates without bugs or glitches. When you pick which platform(s) you’re going to develop on, it’s important to consider how software updates will affect your product and services as well.

Android owns the majority of the global mobile OS market share, yet a majority of consumer spending in the top 250 non-gaming apps was led by iOS. Take this into account along with other stats when you are considering what route to take for your digital transformation journey.

When developing a mobile app for your product, you’re focusing on ROI. You have to think about where your money will come from. Ads, paid downloads, in-app purchases?

To be free, or not be free. That is the question when crunching the numbers for your mobile app. Consider how you plan to bring in revenue but also how you’ll engage new users and keep them coming back.

22. Google Play Store Top 5 App Categories (based on downloads) (We Are Social)

23. Apple App Store Top 5 App Categories (based on downloads) (We Are Social)

Gaming is a significant market for mobile apps. With so many games in the market, the issue arises on how to position your game as better or different from the rest.

26. There are 3.256 billion active social users that access social media via mobile devices. (We Are Social)

Whether it’s a mobile site or a mobile app, users want to access their social media on-the-go. Staying updated on the drama in a comment section and the ability to post pictures instantly is important for social media users.

We know we just threw a lot of information at you. It’s a lot to digest, but you don’t have to be in this alone. Hopefully, these stats helped you see new perspectives as you consider digital transformation or mobile app development. Understanding your audience’s spending habits, behaviors, and much more is crucial when it comes to building your brand for mobile.

Have an idea for a mobile app? Have an app but want to make some improvements? Not sure where to start? We’re here to chat and ready to digitally transform your business.

Published by Jonathan Mendoza on January 1, 2020.